The well-known Chinese smartphone manufacturer, of course, Lenovo prepares the launch of its new top of the range for next November 1, and little by little we are getting more details of this interesting smartphone. Today we have known new features thanks to its teaser, in which we have seen the sliding camera mechanism and other interesting features of the Lenovo Z5 Pro.

Lenovo To Launch Lenovo Z5 Pro With These Killer Features

Lenovo prepares the launch of its new top of the range for next November 1, and little by little we are getting more details of this interesting smartphone. Today we have known new features thanks to its teaser, in which we have seen the sliding camera mechanism and other interesting features of the Lenovo Z5 Pro.

Precisely this week we have seen the official presentation of the Lenovo S5 Pro, the new medium range of the brand, of course, the well-known Chinese smartphone manufacturer, Lenovo, which comes with some very interesting features, which place it as a competitor of the BQ Aquaris X2.

The Lenovo Z5 Pro advances some of its features

Lenovo seeks to launch with the Lenovo Z5 Pro a mobile capable of measuring face to face with the main top of Chinese range that we have seen in 2019. And it seems that the mirror in which this new model looks, based on the teaser that we have known in the last hours, is just like the Oppo Find X, especially for its slider camera mechanism.

This is shown in one of the teasers, where you can see a scheme of the mechanism, which would have six guide sensors and would have been designed to withstand up to 300,000 slides throughout its life. 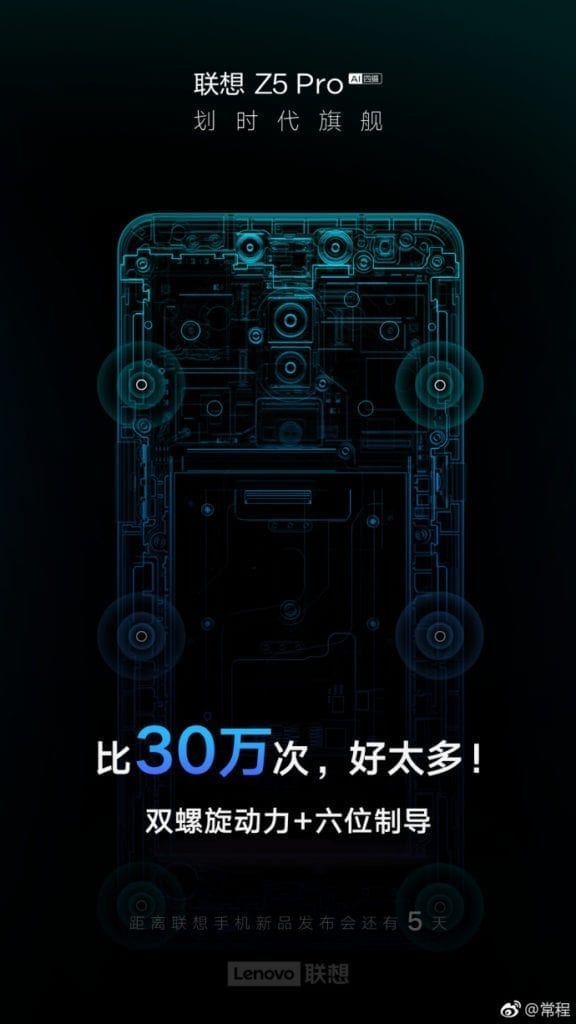 Therefore it would be an automated sliding mechanism, and manual as we have seen in the presentation of the Xiaomi Mi Mix 3 a few days ago. In addition, a new teaser also appeared, in which we can see that the fingerprint reader is not found anywhere in this smartphone, so it is more It is likely that the Chinese firm will get on the car of the integrated fingerprint readers under the screen. 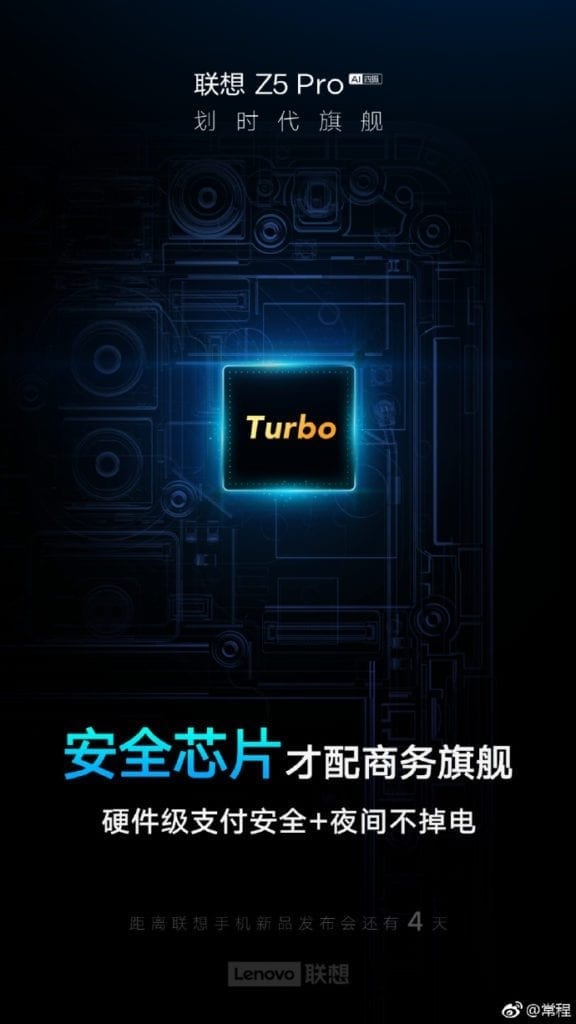 The same system published in Chinese social networks shows us the cameras of the device, which would be a total of four, two in front and two behind. We understand that by having the sliding mechanism these would be completely hidden inside the body of the phone, which leads us to also think that the screen of the Lenovo Z5 Pro will also be one of the strengths of the smartphone.

Moreover, there will be no lack of first-class features in this smartphone, which would have the Snapdragon 845 processor, a 6.5-inch screen with Full HD+ resolution, as well as 6GB or 8GB of RAM along with 128GB or 256GB of internal storage. The battery would also have a large which will be 4000mAh battery, and it is expected that the device will be presented next Thursday. So, what do you think about this? Simply share all your views and thoughts in the comment section below.