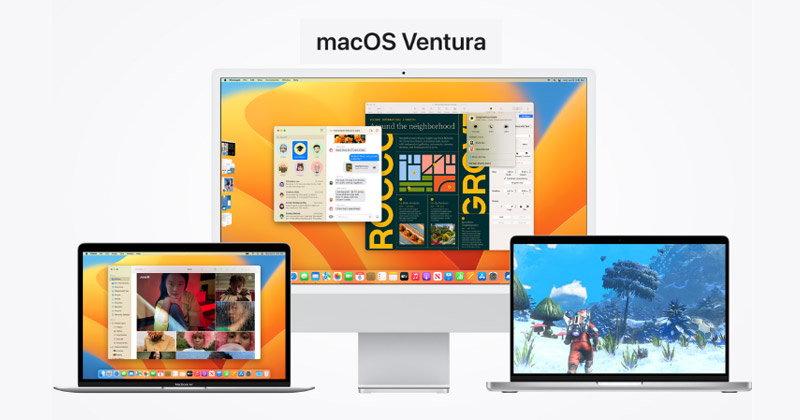 Apple has just introduced a bunch of new hardware and software products at WWDC 2022 event. Upon all announcements, the iOS 16 and macOS Ventura are gaining attraction. If we talk about the macOS Ventura, the operating system is supposed to make things you do most on Mac even better.

At the WWDC 2022 event, Apple also showcased the upcoming macOS Ventura features, like an improved search option, new search design, live caption support across audio content, and more. While the features were great, the most important question is, which Mac computers will receive the macOS Ventura update?

Will Your Mac Get the macOS Ventura Update? List of Compatible Devices

Every new macOS release marks an end to older hardware. And this time, macOS Ventura has ruled out more than five years old Macs. This also means macOS Ventura will not be available to Macs launched before 2017.

Well, Apple has already published a page where it has listed all devices that will support macOS Ventura. You can check that webpage to know all compatible Mac devices. If you cannot open the webpage, check out the list below. 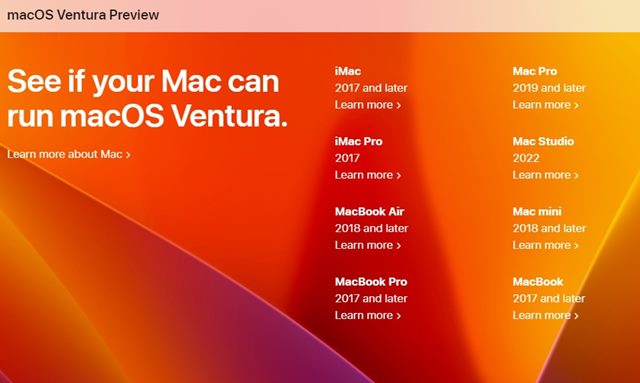 So, these MAC devices will get the macOS Ventura Update when rolled out later this year.

List of Devices that won’t receive the macOS Ventura Update

While macOS 13 is expected to roll out later this year; meanwhile you can download the new macOS Ventura wallpapers. The wallpapers were available in both light and dark versions.

So, this is a complete list of devices that will get the macOS 13 Ventura update once it’s rolled out. You may also like to check the compatible iPhones for the iOS 16 update. If you need more help regarding the device compatibility, let us know in the comments.