We all know very well that recently, the well-known Taiwanese firm HTC introduced its new flagship phone, the HTC U11+, which has received rave reviews. But, according to the reports, the flagship device of HTC, of course, HTC U11+ is the canceled version of the tech giant Google’s Pixel 2 XL.

Meet The Canceled Version Of The Google Pixel 2 XL

Muskie is the code name that was known internally to Pixel 2 XL developed by Taiwanese HTC and was canceled by the tech giant Google last June to end up ordering its manufacture to LG.

However, the Taiwanese firm HTC not only continued the project, but also continued to refine its features and, now, the news arises that this model ended up being the HTC U11+ presented last Thursday.

Both models share several similarities and that tells us that the hypothesis is accurate. For example, both devices share a 6-inch screen with an aspect ratio of 18:9 and QHD+ technology, although the U11+ opted for an LCD panel, while those in Mountain View chose a pOLED screen for their star device.

Another of the tests that are given to the case is the implementation and location of the fingerprint reader, designed from the start to be positioned on the back of the smartphone. 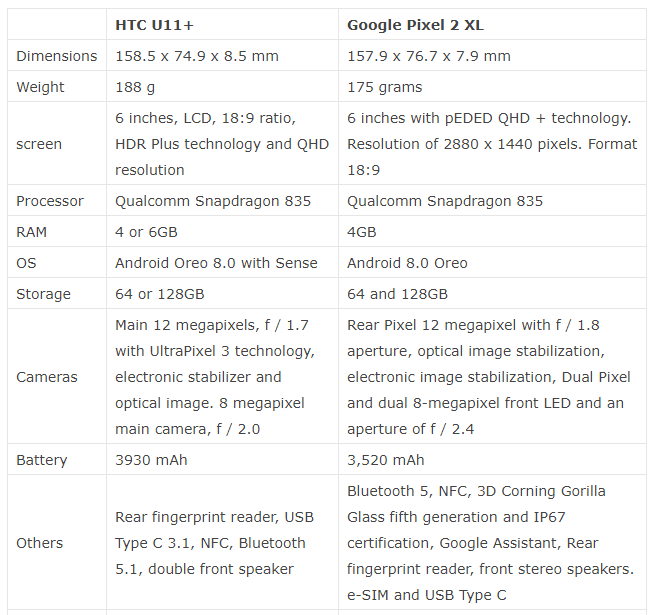 How much success could this model have had if it had finally been chosen by the tech giant Google? As I personally believe that the choice of the Taiwanese model would have meant several more points regarding its reputation and performance results.

Finally, both projects took different paths and today it is the consumer who can finish deciding which of these two models they want for themselves.

So, what do you think about this? Do you think that the tech giant Google’s decision was right? Simply share your views and thoughts regarding this topic in the comment section below.