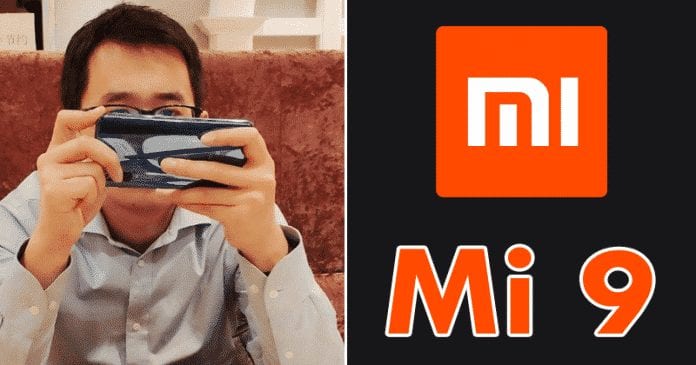 [dropcap]W[/dropcap]e all know very well that the next flagship smartphone of the Chinese smartphone manufacturer, of course, I am talking about none other than Xiaomi’s Mi 9 could be one of the most anticipated smartphones this February, which will simply arrive before the South Korean giant Samsung’s Galaxy S10. Now according to the latest reports, the all-new Mi 9 photo leaked by the Xiaomi executive itself which clearly shows amazing new features.

The next flagship smartphone of the Chinese smartphone manufacturer, of course, I am talking about none other than Xiaomi’s Mi 9 could be one of the most anticipated smartphones this February, which will simply arrive before the South Korean giant Samsung’s Galaxy S10.

The all-new Xiaomi Mi 9 is at its peak of leaks and speculation, as only 15 days are left for its presentation and from now onwards we are already knowing many features filtered, almost to be able to complete what will be its technical sheet.

As we told that the presentation of the all-new Xiaomi Mi 9 is very close, and for this, it is necessary that the company, of course, Xiaomi should make the device ready almost 100%. 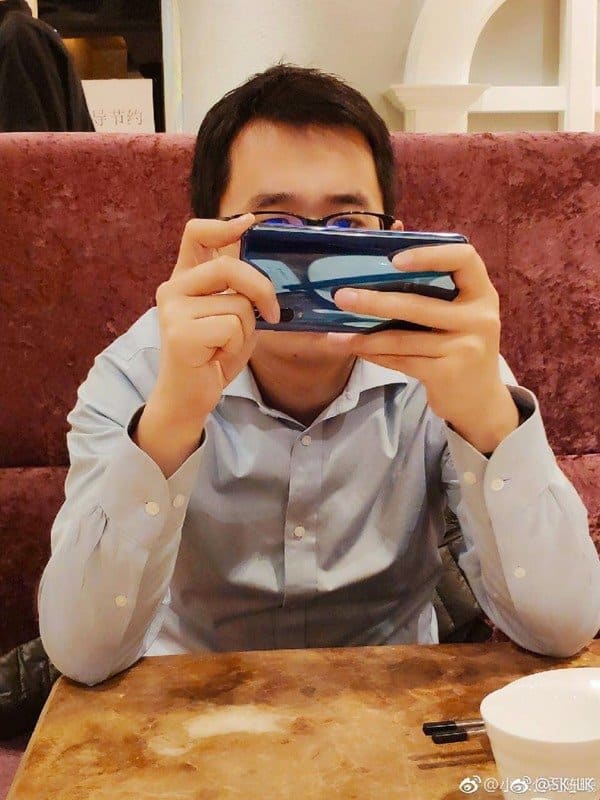 In the above image, you can only partially see the back of the device, although this lets you see enough to think that it is indeed the new Xiaomi model, of course, Mi 9. And these leaks and rumors simply coincide with the renderings that we have been learning about this smartphone in recent weeks.

The most striking thing is undoubtedly in its camera, as you can see in the leaks that the all-new Mi 9 also features a third sensor which is separated from the two main cameras, and the LED flash is simply separated from the sensors below them. 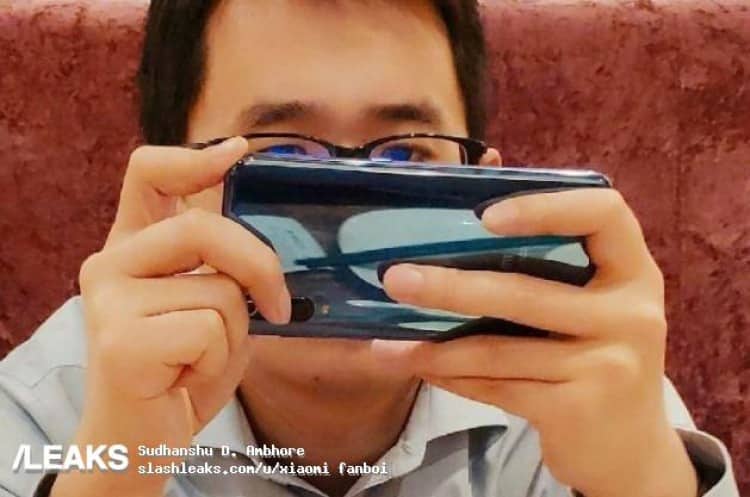 Following the design of the Xiaomi Mi 9, at the bottom of this smartphone, we have the Xiaomi logo, while the color of this unit is striking, which is quite similar to electric or dark blue colors that we saw in the Honor or Huawei smartphone ranges.

Moreover, one of the most important detail is missing in this smartphone is the fingerprint reader in the back, so as expected, the fingerprint reader might be integrated under the screen. Undoubtedly if we take into account the renderings known so far of the Xiaomi Mi 9, it is quite clear that it will feature a design that in general terms reminds us much about the Huawei P20 Pro, with its triple camera and its gradient colors.

However, the fact is that all our doubts will get clear on next February 19 when the well-known Chinese smartphone manufacturer, of course, Xiaomi will launch the all-new Mi 9. o, what do you think about this? Simply share all your views and thoughts in the comment section below.