In recent years, Microsoft has sought to reinvent itself and introduce some innovative products and concepts such as Windows 10 and Surface.

Following this path, Microsoft has patented a new e-paper cover that allows to add to the Surface a customizable screen with the most diverse functions, in the style of the new touch bar of Apple Macbook.

At the end of last year, Apple introduced its new MacBook accompanied by a novelty, the touch bar. Without reaching consensus on its usefulness, this tool reinforced and gave value to a concept that had already been started especially in the world of gamers.

Not wanting to be left behind in this type of tools, Microsoft recently presented a patent that proposes the creation of an e-paper cover that can be added to a Surface. This layer consists of a touch surface that, besides being able to present a keyboard, can also be customized with several other options and shortcuts like the control of the music player or video, shortcuts of keys, control of games, among others. 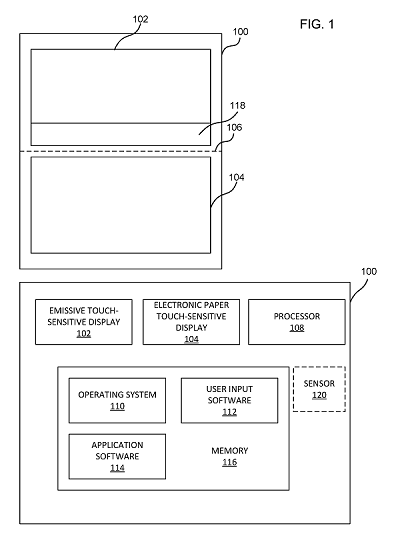 This case comes with the concept of the Apple touch bar, but with an extended working area to occupy the entire area of the common keyboard, thus allowing more space for the positioning of the various functions.

Although this is an interesting idea, it is not certain that the tech giant Microsoft produces it, since many of the ideas patented that were never see the light of day.

So, what do you think about this new technology? Simply share your views and thoughts in the comment section below.