Microsoft To Launch A Dual-Screen Tablet

It seems that the tech giant Microsoft to put a secondary info screen write on the back of the Surface tablet which will simply show some information without having to start Windows. These are two of the possibilities mentioned in the patent that the Redmond company, of course, the tech giant Microsoft has filed with the US Office, USPTO, and whose publication was reached recently on 1 st of November.

We can see a camera, very much like the Surface, with its keyboard, whose back is set with a special type of metal part. 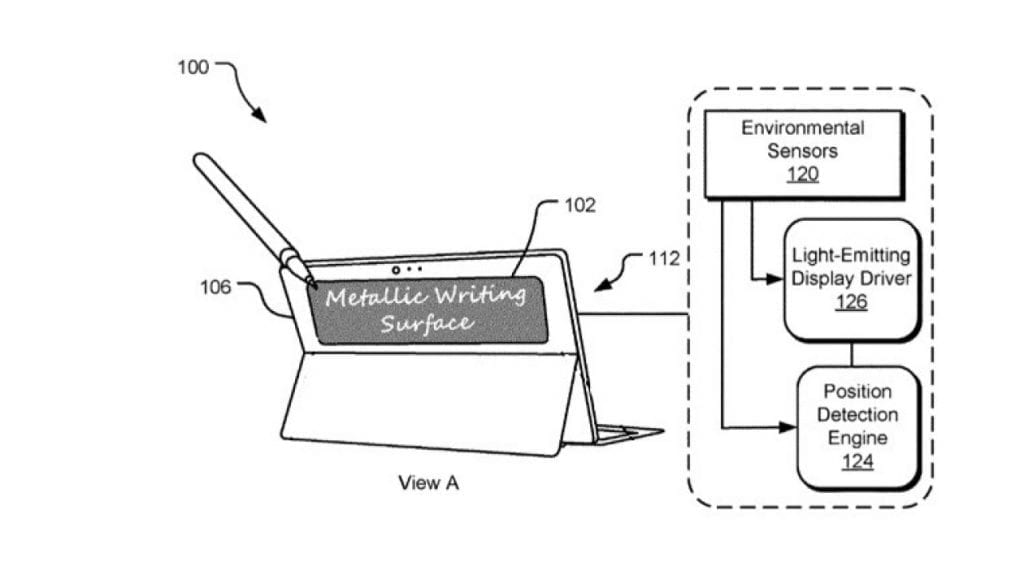 As in the document, this metal area is called “reflective display” and could be used as a primary or secondary display as needed. It would be positioned on the back of the tablet, almost invisible because covered with a series of layers and special coatings.

Polarized filters would avoid reflections and limit light diffusion, and would take up the color of the material (greyish magnesium in the case of Surface) which is shaped the case to hide the screen when it is not in use. The inscription “Metallic Writing Surface” is only for example purposes according to the patent. 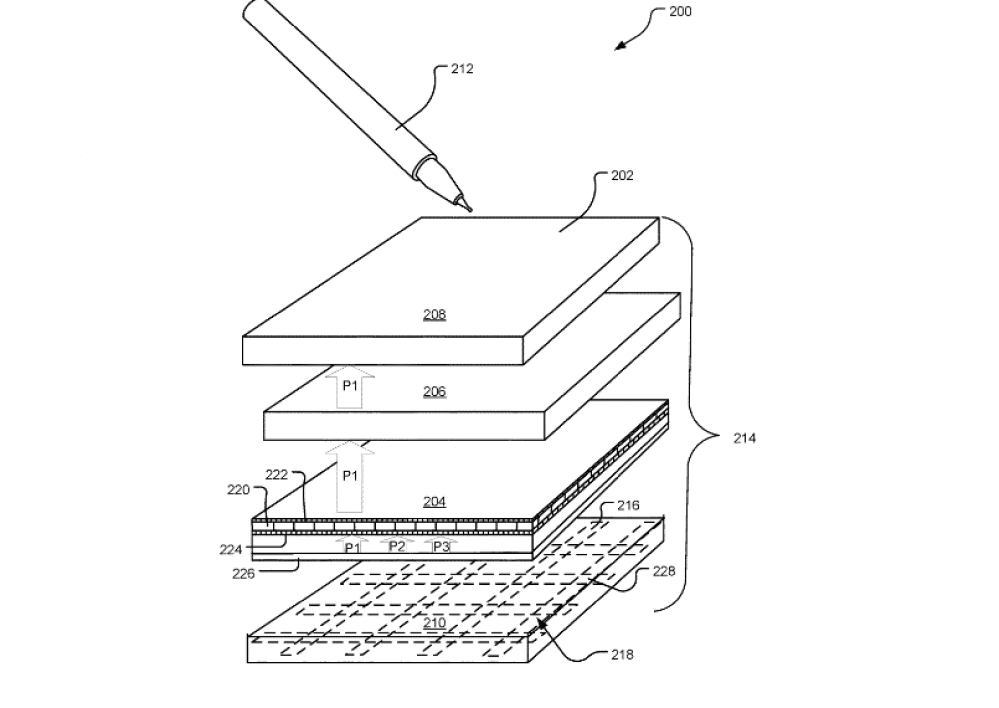 You could not only read information quickly and share content but also you can use a stylus (or fingers) on the surface, which would allow you to take quick notes or launch apps without having to turn on the tablet.

Over the 13 pages that accompany the diagram, we learn that the display technologies used could be various (E-ink, OLED, LCD) and this type of screen would adapt to both devices.

Of course, as with any patent, we should not see a project in progress but chances are more as the fruit of the imagination of engineers to improve the way we use their creations. However, we are not immune to one day seeing a Surface or other device of the tech giant Microsoft equipped with a device that closely resembles this project.

At the beginning of the Windows 8 era, similar projects had already emerged. A second screen system, on the back of the main display or under the housing, was to be able to display notifications, including when the computer was off. So, what do you think about this? Simply hare all your views and thoughts in the comment section below.