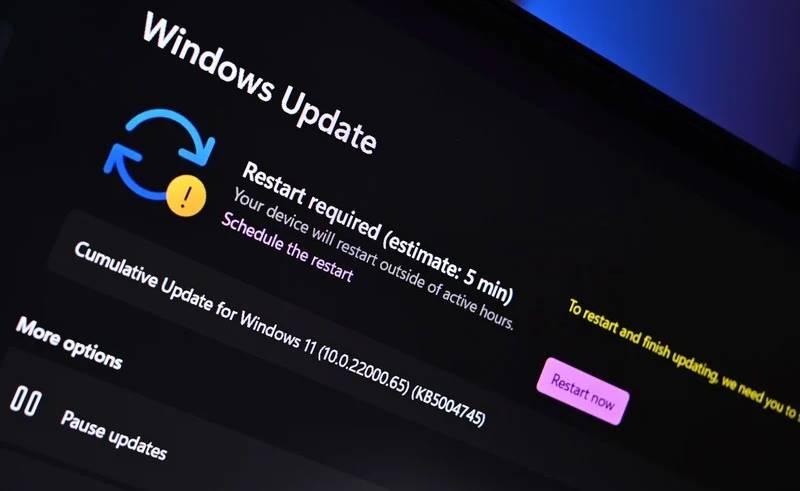 Microsoft released a new Tuesday patch for Windows 11. This patch doesn’t contain any new features, but it includes significant fixes like the other Tuesday patches.

Recently, Microsoft introduced an Xbox controller feature to Windows 11 in the Insider Preview, and the redesign of the Xbox Game Bar contains quick open recent games.

Windows 11 is getting better updates month by month, but we are all waiting for its 22H2 update that will introduce many new features, especially tabs in file explorer. 22H2 is expected in July. For now, let’s discuss our latest update.

Windows 11 latest patch KB5013943 made build number 22000.675. This update addresses some security issues for your Windows 11, but the company has mentioned only two in their official release notes.

First, This patch addressed an understood issue related to .NET Framework. This issue might cause .NET Framework 3.5 apps to generate some problems and may stop opening the portal of those apps.

Also, The report stated that the impacted apps use specific optional features in .NET Framework 3.5, such as Windows Communication Foundation (WCF) and Windows Workflow (WWF) components.

Second, This patch fixed another known issue which is related to your screen in safe mode. This issue can push your screen to blank when you start your device in Safe Mode. This issue doesn’t stop at just the screen; it can impact more.

File Explorer, the Start menu, and the taskbar are the features that depend on explorer.exe, and this issue might affect them or make them work & seem irregular.

If you are a Windows 11 user, you can install this update as your Windows might have already downloaded it, but I will suggest that this update size is significant so that it might consume time, like an hour.

On the other side, Windows 10 Home or Windows 10 Pro versions are no longer update supported because they got their last update today. After now, Windows will recommend these users shift to newer Windows versions.