Microsoft has been spotted testing the support for Third-party widgets in Windows 11, which we will be able to install soon from the Microsoft store.

Currently, the widget board display is only occupied by Microsoft’s own widgets, including Calendar, Weather updates, sports scores, OneDrive photos, Microsoft To-Do, and its own MSN news stories.

The latest screenshot is coming from FireCube studios about Widget manifest update codes, which revealed some substantial proof of coming third-party widgets to the Microsoft Store. 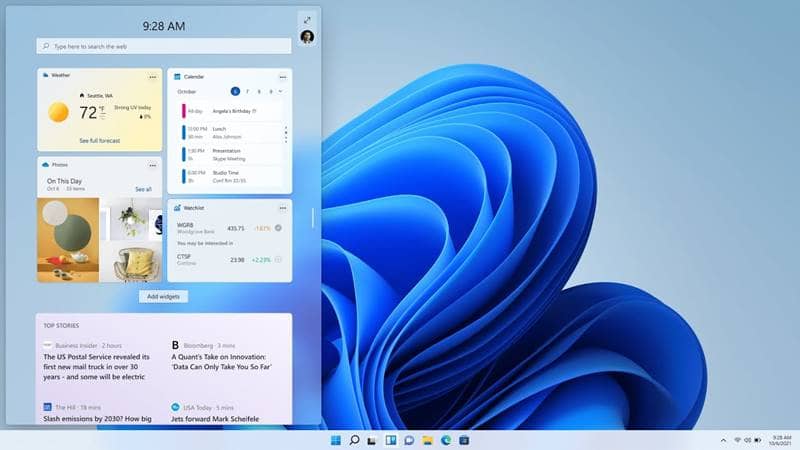 FireCube first posted the screenshot of the code on Twitter with the suggested captions of ‘more evidence’.

Also, In the screenshot, the upper line element is texted as “TempDisablementPage_Component” which states that this component or warning is currently disabled temporarily, and as we know, its underdevelopment so the company doesn’t want to show it.

It would be amazing to be allowed to download and install other widgets, excluding Microsoft’s. That will enhance the user experience with widgets in Windows and also could make the Widgets panel more useful & exciting than before.

Graphics brands like Wondershare have been waiting for this class of features for a long time to introduce their mighty ideas to users’ creativity. Unfortunately, there is no official confirmation or announcement about this feature yet, but the company might soon announce it.

Recently, Microsoft has also reported working on placing ads in their free-to-play Xbox games that includes big title like Fortnite and Apex legends.