After the severe well-known WannaCry and Petya ransomware that have put thousands of computers in check worldwide, the mobile phones are not free and safe, as recently, millions of Android devices hit with CopyCat malware.

After the severe well-known WannaCry and Petya ransomware that have put thousands of computers in check worldwide, the mobile phones are not free either with CopyCat, an old acquaintance who continues to make its own path in Google Play and according to the latest data, has already managed to Infect 14 million devices worldwide.

The Copycat malware was born to take advantage of the naivety of users impersonating known applications without becoming one. This has made it possible to install in millions of devices around the world, in principle posing as an official application but actually another. Once installed on the system, it is able to gain complete control of the device, while its creators take money with canned advertising. 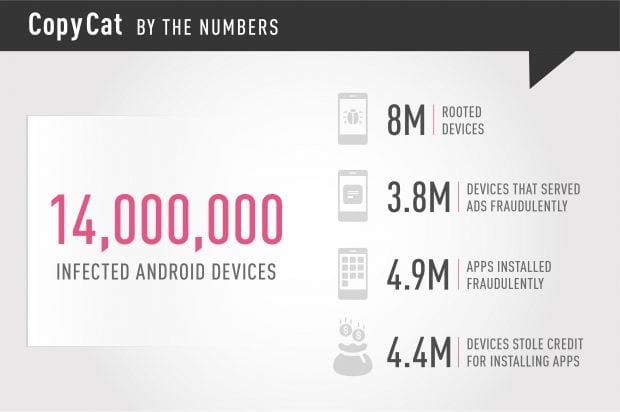 Interestingly if the infected device is Chinese, malware does not act. This may be because the origin of the malware is Chinese and do not want to provide evidence of infection to the authorities in their country, although most of the infected devices are from Asia and a few others from the United States and Canada. 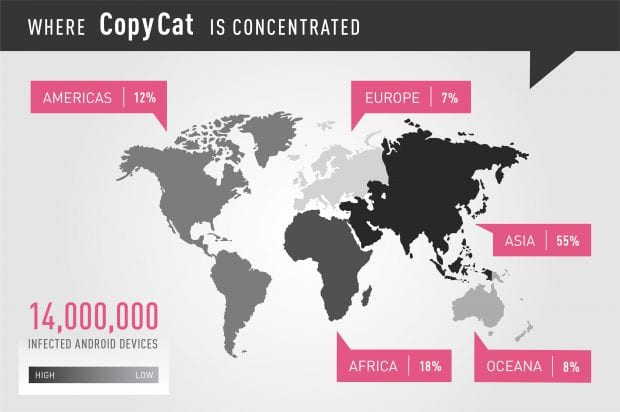 The only way to avoid being infected by Copycat is to always install applications from the official Android app store, of course, from the Google Play Store. But, still in Google Play store, it is advisable to avoid apps with few votes; Have the phone updated in operating system and security and do not accept the download of unauthorized files.

So, what do you think about this severe malware? Simply share your views and thoughts in the comment section below.