Recently, Motorola intends to manufacture smartphones with screens that are fixed alone. At least this is clear from a patent that has presented the company, which describes a technology for the screens of mobile phones to self-repair.

Motorola To Launch A Phone With A Self-Healing Display

Motorola intends to manufacture smartphones with screens that are fixed alone. At least this is clear from a patent that has presented the company, which describes a technology for the screens of mobile phones to self-repair.

Although the materials have evolved rapidly and improved greatly, the mobile screen continues to be one of the components that suffer the most from the impacts and that breaks more frequently: a fall from a few meters is sufficient for the display to be shattered.

We have long heard of self-repairing materials that would solve the problem, but although we have recently seen some progress, the truth is that this technology is not expected to hit the market in the short term.

The patent presented by Motorola shows us a system that allows the screen of a smartphone to repair itself. The company has used a shape-memory polymer material that has the ability to fix cracks or deformations it experiences when heat is applied. This compound would be used to cover the glass panel of the mobile, which would become a self-repairing screen. 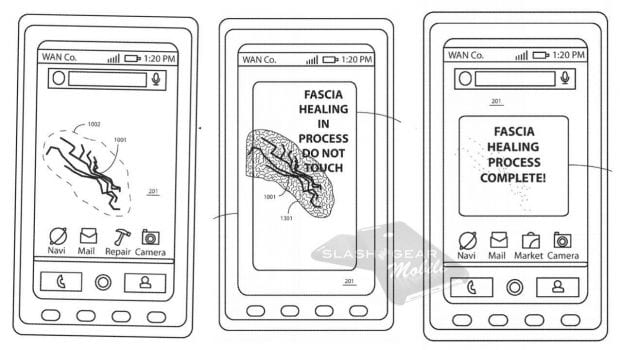 The operation of Motorola’s patented technology would be the smartphone that will stand programmed to detect scratches on the screen, cracks, deformation or abnormality of the screen.

Once the problem is located, the user will receive an alert that will warn you of what happened, giving you the option to start the repair. In addition, the consumer can also manually indicate to the system the damages that it finds in the glass.

The arrangement will be made by a system that applies heat to the screen from inside the smartphone, activating the shape memory properties of the protective film of the glass.

According to the patent text, this technology is also not magic, so the final result after the repair is not perfect, but would be useful for minor flaws. We can see the effectiveness of the system in case Motorola decides to develop the prototype of the patent.

So, what do you think about this extraordinary new technology? Simply share your views and thoughts in the comment section below.