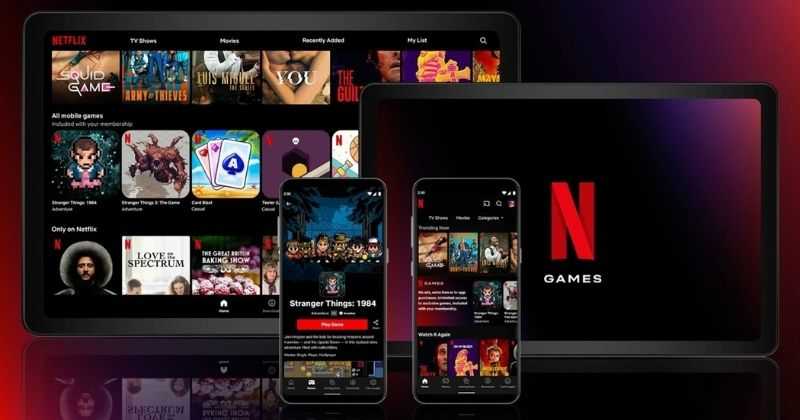 Last week, Netflix has launched mobile games for Android users globally. There are five mobile games available that can be accessed through the Netflix app. The company said it’s working on the iOS version.

The streaming service did not confirm when the games would be out on iOS. However, the latest report says, Apple’s App Store policies will stop Netflix from making games available from the app itself.

Netflix iOS Games Won’t be Available Direct from the App

The developer, Steve Moser, discovered a code saying Netflix is actively testing games on iOS. The streaming service is planning to launch the games in a different way than Android. The users can download the games from App Store and launch them via the Netflix app.

However, not all games would be downloadable and playable within the iOS Netflix app. The service on Android has games in a dedicated tab on the Netflix app that can be individually downloaded from Play Store.

This setup isn’t ideal for an all-in-one gaming service. As it would be better if the users can download and play games from the service itself.

Netflix will have a game catalog on its iOS app but the games will load and can be played separately from the app. On the other side, Android users can play the game via the Netflix app.

Currently, there are five Android games from which two of which are based on the Netflix series “Stranger Things” and the other three are casual games. We need to wait for the official confirmation for iOS Netflix games.