We all know that today we can find many interesting uses for an old computer or PC that can no longer available with Windows 10, macOS or modern applications and games. If you have a PC or an old Mac that you no longer use, you can install this new Android-based desktop OS and turn it into an Android device that can run millions of apps and Android games natively.

Today we can find many interesting uses for an old computer or PC that can no longer available with Windows 10 or macOS or modern applications and games. If you have a PC or an old Mac that you no longer use, you can simply install PrimeOS and turn it into an Android device that can run millions of apps and Android games natively.

PrimeOS is an Android version designed to be used in low-end computers or PCs. It works even on computers that are 10 or 15 years old since all you need is a Pentium processor only.

An important fact is that it is not an Android clone that is created for mobile, as it is based on Android 7 Nougat, but basically, it is a hybrid version of Android with a desktop PC interface, as you can see in the image below. 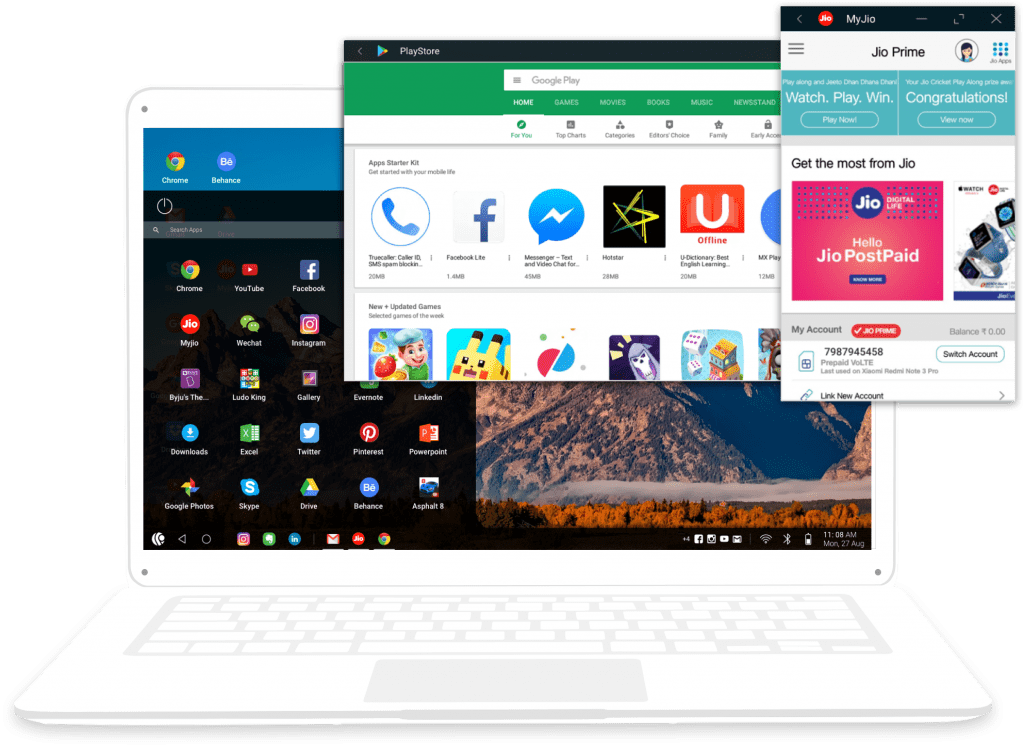 Moreover, you can install the PrimeOS as a dual partition of the PC to boot in an options menu with Windows or install it on a USB and thus have a portable version to use whenever you want.

There are three versions, which you must choose depending on the age of your PC. The Classic version is for the computers marketed before 2011, and the Standard between 2011 and 2014.

Once installed, PrimeOS functions as a desktop operating system and is operated with a mouse. You can open all the windows your PC memory allows, adjust its size, and do everything you want. It even has a taskbar and Starts menu as well, like Windows.

The advantage of PrimeOS is that it is not an Android emulator but a native Android version, and that’s why it runs apps and games much faster. If you like video games, PrimeOS has a Gaming Center ecosystem that automatically shows the most popular Android games, such as PUBG.

Also Read: How to Configure Windows Defender to Better Protect Yourself

It also has a tool that tricks Android apps, making them believe you have a mobile GPU (a Mali or Adreno, for example). But, the truth is that being a free operating system that can be installed on a USB pen drive without interfering with Windows, nothing can be lost. Hence, you should try it once.

Moreover, if you want, you can simply download the PrimeOS for any computer with an x86 processor from its official website, which you can browse from here. So, what do you think about this? Simply share all your views and thoughts in the comment section below. And if you liked this post, do not forget to share this article with your friends and family.