According to a report, Borat named a new remote access trojan (RAT) that appeared on darknet markets, which offers easy-to-use features to conduct UAC bypass, DDoS attacks, and ransomware deployment.

Cyberattacks have increased a lot nowadays, even on high prestige tech companies. Recently a hacking group named Lapsus$ has breached data from companies like Samsung, Nvidia, Ubisoft, and Microsoft.

The RAT’s developers decided to name it after the main character of the comedy movie series Borat, which featured the popular Sacha Baron Cohen as the protagonist. Still, this malware is no joke at all. 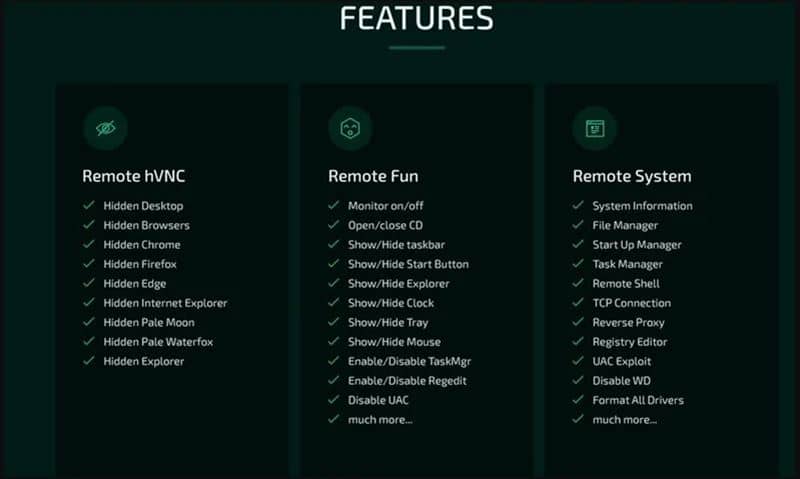 Researchers from the cybersecurity company Cyble managed to get a malware sample. After deep research, they discovered that it could take control of the target’s mouse and keyboard, access files and network points, and hide its presence on the endpoint.

Currently, It’s unclear if the Borat RAT is sold or freely shared among cybercriminals. Still, Cycle says it comes in the form of a package that includes a builder, the malware’s modules, and a server certificate.

Some prominent features of the trojan, according to Cyble, include the following:

Some other minor contains hiding the desktop, hiding the taskbar, holding the mouse, turning off the monitor, showing a blank screen, or hanging the system.

According to Bleeping Computer, the above features make Borat a RAT, spyware, and ransomware, so it’s a powerful threat that could conduct harmful activities on a device.

Specifically, the threat actor is distributing these tools as cracks for games and applications, so be careful not to download anything from untrustworthy sources such as torrents or deceptive sites.

Disclaimer: TechViral doesn’t support any malware or any cyber activity. TechViral is mainly against these types of activities; all above content is only for information or as preventive.