As the end of summer approaches, the next top-of-the-range of the tech giant Google launch date is also coming. After getting to know the main features now come some photos of the new Pixel 3.

With the launch of a new version of Android, the tech giant Google also presents at least one new feature in the field of hardware.

If initially this paper was delivered to the Nexus, it is now the Pixel devices that debut the new version of Android, and are usually presented at the end of the summer.

Also read: Top 8 Best Snapdragon 835 Phones Which You Can Buy

For this year, the new Pixel 3 XL and Pixel 3 are already in the final stage of preparation and the first details are already being known. After the main features, come the first photos of the Clearly White version that confirm several rumors released.

Analyzing the published image, we can verify that, in the front, the tech giant Google will bet on the already traditional notch and a front column. Already on the back, we find a fingerprint sensor and a camera with a single sensor. 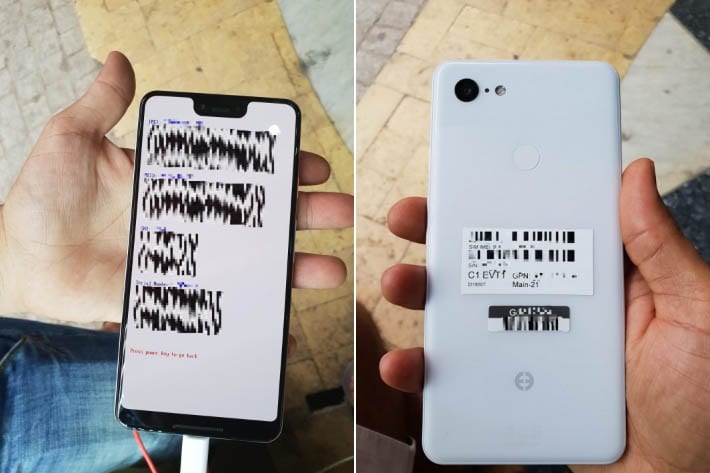 Identified as EVT 1.0 (Engineering Validation Test), it is still possible to confirm the presence of 4 GB of RAM and an internal storage of 64 GB.

In addition to these features, in recent times it has been advanced that the Pixel 3 XL will arrive with OLED screen, Qualcomm Snapdragon 845 processor, and wireless charging.

Also read: How To Receive And Make Android Call On Windows PC

There is little left to know all the news about the new Pixel devices, of course, Pixel 3 XL & Pixel 3 and all the accessories that can accompany them.