Nintendo has announced a new Switch Model with an OLED display. This new Switch variant has a 7-inch 720p OLED screen. There were rumors that this model would come with a new Nvidia chip inside, but mostly there is a screen upgrade.

The company has launched the new model that will go on sale on 8th October at $350. Nintendo Switch OLED model only supports 1080p via TV mode. 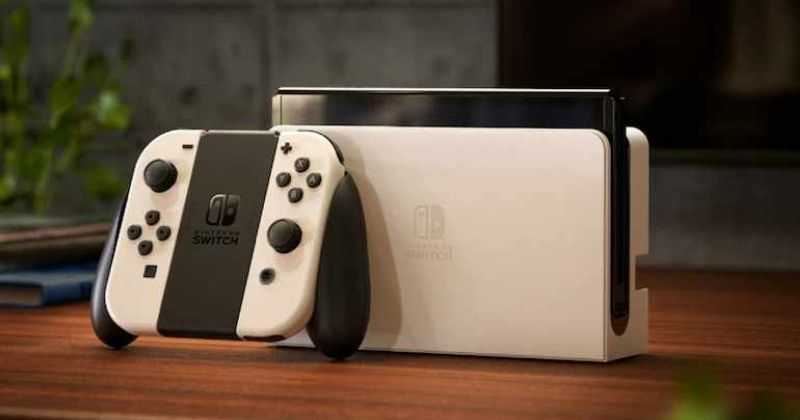 According to the earlier rumors, the latest Nintendo Switch will have an OLED display, a larger display than the existing model. The new variant will be added to the existing lineup of Switch and Switch Lite at a higher price.

The gaming console is coming in two color options Neon Red and Neon Blue. All the current Nintendo Switch games and Joy-Con controllers are compatible with Nintendo Switch OLED Model. However, the new model has a slightly bigger display. In terms of storage, it is double as compared to the original console.

Nintendo Switch OLED model will go on sale first in the US and other selected regions in October. As of now, there is no information on availability in India.

Apart from the new screen, the new model brings an adjustable stand for tabletop play, the in-built storage of 64 GB (from 32GB) expandable via MicroSDHC or microSDXC up to 2TB, improved audio for handheld, a new dock with a wired ethernet port, and more.

The company has confirmed that there are no internal changes to memory or CPU. A few small changes have been made to the original device. On the new device, the battery life will be up to nine hours; it is slightly longer than the original and heavier in weight.

Almost after two years, Nintendo brings a new Switch after Switch Lite. The Switch Lite was launched in September 2019 at $199.