The phones that exploded became almost a joke because of the large number of defective units and the investigation of the Korean company determined that, indeed, the battery was the defective element of the Note 7. Samsung’s Galaxy Note 7 was one of the most notorious cases, but not the only one. According to the latest reports, the recently, a Nokia 5233 explode and killed a teenage girl brutally.

The mobiles that exploit staged isolated news every so often until, in 2016, Samsung launched the first batch of Note 7. It was a high-end mobile that, however, had a failure in the design of the battery that caused the terminal to end up exploding or burning for no apparent reason.

The phones that exploded became almost a joke because of the large number of defective units and the investigation of the Korean company determined that, indeed, the battery was the defective element of the Note 7. Samsung’s Galaxy Note 7 was one of the most notorious cases, but not the only one.

The last episode of a mobile that explodes is not a joke since it has cost the life of a young woman.

A Nokia 5233 explodes and killed a teenage girl

Although it is already a few years behind (it was launched in January 2010), the Nokia 5233 is a very popular mobile in some countries such as India, where it is one of the most sold phones in Amazon. There you can buy for less than 50 dollars, hence its popularity, but eight years do not pass in the bucket for a phone and, above all, for its battery.

As we can read in Phonearena, an 18-year-old girl named Uma Oram was died due to the explosion of a terminal of this model. Oram was talking on the phone when she connected to the current and suddenly exploded causing serious injuries to her chest and hand, which caused her to be unconscious. 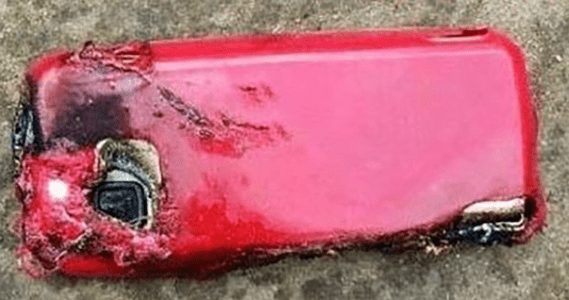 She was quickly taken to hospital, where she failed to survive the wounds that the explosion of Nokia 5233 had caused. The police authorities have opened an investigation into the incident and HMD Global, the company that now owns the Nokia brand, has been unmarked of the event claiming that they were not responsible for the construction of the device, as they took possession of Nokia in 2017.

It seems like a truism, but the best thing to take care of our terminal is to comply with the manufacturer’s recommendations. Normally, each mobile comes with some instructions (in physical format or that can be consulted in the network) that updates us about the care of our device. One that must be read is the section of the battery, since there it will tell us the maximum and minimum temperature that the terminal can support without failing.

There are failures, such as those that produce extreme cold, which can be fatal for our mobile phone, but the heat is more dangerous since the mobile phone can catch fire or explode directly. The heat is one of the determining factors when a mobile explodes. If we go to the Sahara, maybe we should not take it too much out of pocket if there is no shadow, but there are other situations in which our mobile can explode.

How to prevent this? Very easy. Have you read that detail “use official chargers in good condition”? It is not on a whim, since an official charger in an optimal state will generate (and filter) the energy our device needs. Protect the phone with a case also does a lot since, if we will drop the device constantly, the ducts that isolate the different components of the battery can be damaged and can cause explosion.

Another issue to keep in mind, especially with old mobiles that have interchangeable batteries, is whether the battery is official or not. An official battery, as a general rule, passes more exhaustive quality controls that ensure the correct operation of it. Yes, there may be a case like in Note 7, where a manufacturing fault was the culprit of the situation, but it is not what usually happens.

With the passage of time the battery loses its properties and, especially in the case of old mobiles, such as the Nokia 5233, we may be tempted to buy another non-original battery. It is not yet known if this has been the reason for the explosion of Nokia 5233 that has killed the young Uma Oram, but it is clear that time does not pass in vain and an old mobile has more ballots to exploit than a more recent one.