Nokia 9 smartphone from HMD Global was leaked recently and it shows that the smartphone will feature an AMOLED display and a curved glass at the back. The image also shows a dual rear camera setup and the fingerprint sensor was placed just below the back camera.

No doubt Nokia 9 is one of the most anticipated mobile phones of the year, just after seeing how this week introduced the new mid-range signature Nokia 7. We have now seen a real image of Nokia 9 which shows its back cover in one of the filtered colors.

The Nokia 9 we have heard a lot in recent months, especially in recent weeks. As all these rumors have highlighted the adoption of a curved screen, dual camera along with the water-resistant protection.

From the Nokia 9, we have seen many videos and renders, which have given us a more or less clear image of what could be the design of the device. Concretely today it has filtered a real image that shows its back, which by the way closely resembles everything seen in those images and videos. This image shows the back cover of the alleged Nokia 9, and where you can see some details that we had already seen. 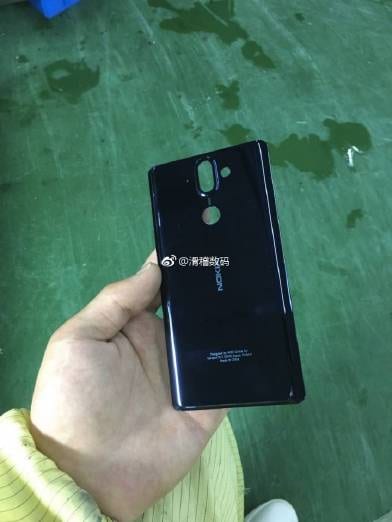 As you can see, compared to the render we attached, the design of this new Nokia 9 back cover image shows precisely the holes of the dual camera, with a vertical orientation, as we had already viewed. There is also no gap for the LED flash on the right of the dual camera, while below you can also see the hole corresponding to the fingerprint reader of the Nokia 9. As you can see, everything fits perfectly with what is seen in the render and filtered videos so far. 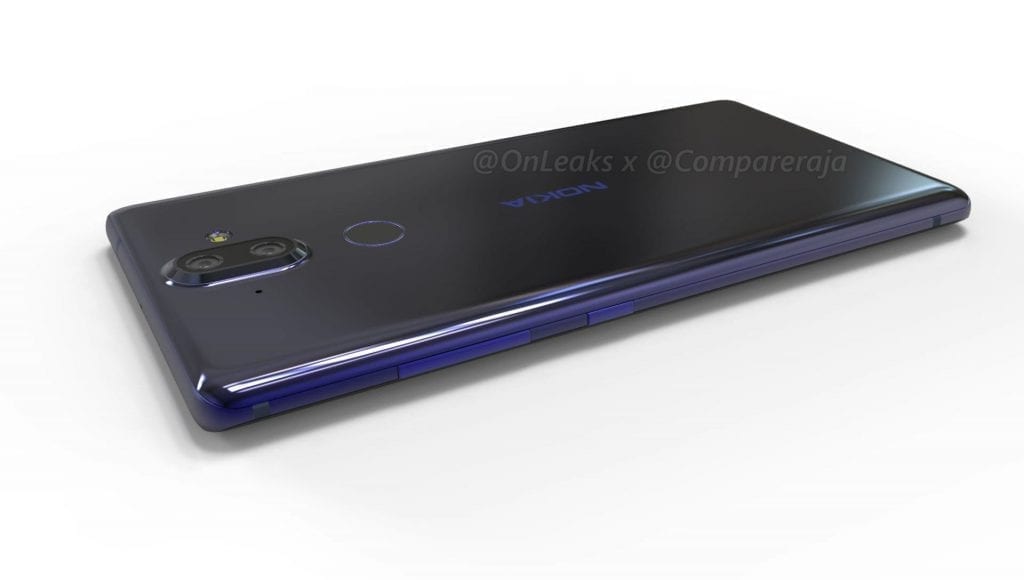 In fact, even the color shown in this real image seems to be the metallic blue with which we have seen the Nokia 9 in those previous leaks, at least that is what it seems in the reflection of light.

This new smartphone is expected to be the authentic flagship of the Finnish firm, not by its processor, which will be the same as the Nokia 8 features, but it will be its differentiated element screen to position it at the top of the range of the firm. It is expected that we know before the end of the year, but surely this image known today seems to confirm that the rumors about its design were true.