We all know very well that the rumors surrounding a Nubia smartphone with a dual screen were roaming on the internet from the past few months; even before Nubia Z18 saw the light (presented a few days ago), there was already talk of a special version with a secondary screen in the back.

The rumors surrounding a Nubia smartphone with a double screen was roaming on the internet from the past few months; even before Nubia Z18 saw the light (presented a few days ago), there was already talk of a special version with a secondary screen in the back.

Now, a new leaked video has been filtered in which you can see perfectly the two screens (one on the front and one on the back) that will include this edition of the Nubia Z18 (which will foreseeably be called Z18S) and not only that even this new Nubia device will also feature a fingerprint sensor.

Indeed, as we can see in the video, the screen on the back is much larger than the one that integrates the Meizu Pro 7. In fact, it has a size more than enough to run the full user interface of the phone and, why not, to get some good selfies with the rear camera.

Precisely for this reason, it would be understandable that Nubia did not finally include the front camera in this device (something that after viewing the video, seems very likely).

Who needs a front camera when we can rotate the phone to use the double camera with flash from the back! Yes, when making selfies with our usual smartphone, we generally use the screen to frame and put our best face, but in the Nubia Z18S, we would have the secondary screen for it.

The video also makes clear that in addition to being a device of large dimensions and the main screen will not have the notch, the new model will integrate a fingerprint reader on the side (the Nubia Z18 takes it in the back). 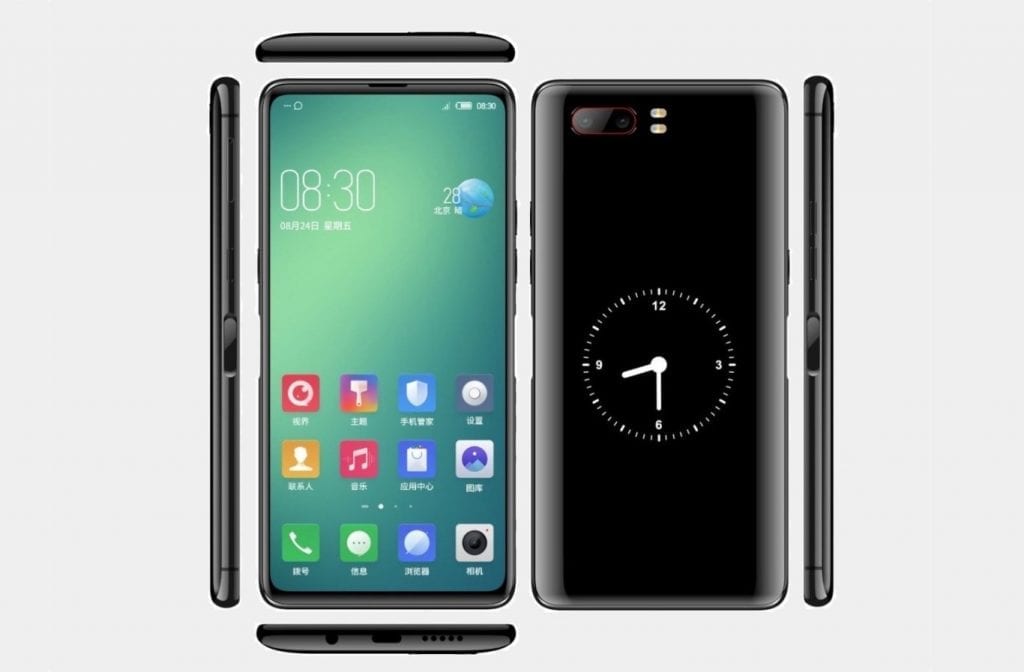 For the rest, and taking into account previous rumors and images filtered, everything indicates that the back screen will have Always On functionality since the rest of the specifications will be very similar to those of the Nubia Z18.

All these are the expected key specifications of the all-new Nubia Z18S which are quite identical to its younger brother, of course, I am talking about the newly launched Nubia Z18.