The Snapdragon 636 is not the only new thing that the giant chip maker Qualcomm has booked for this week. As the company also revealed that the first test on a 5G network made from a smartphone was a great success: the Snapdragon X50 5G NR modem was able to beat the 1Gb/s (gigabit per second) mark in the download. Best of all, this technology should not take too long to reach the market.

One year ago the Snapdragon X50 was announced, worth remembering. At the time, Qualcomm explained that the modem supports millimeter wave frequency (mmWave) at 28GHz. Of course, this was the frequency applied to the experimental network.

So, with it, the tested smartphone reached more than 1Gb/s, but the giant chip maker Qualcomm claims that when the specifications of the 5G are set, the Snapdragon X50 will reach the rate of 5Gb/s.

For the test, the giant chip maker Qualcomm has created a smartphone that resembles today’s handsets, such as “infinite screen”, but is thicker than average. That does not mean that the smartphones with Snapdragon X50 will look like this. This is a reference design, which will serve as a basis for manufacturers to develop models with technology.

This is an important detail because the giant chip maker Qualcomm had to develop a millimeter wave antenna so that the modem can work as expected on a mobile device. 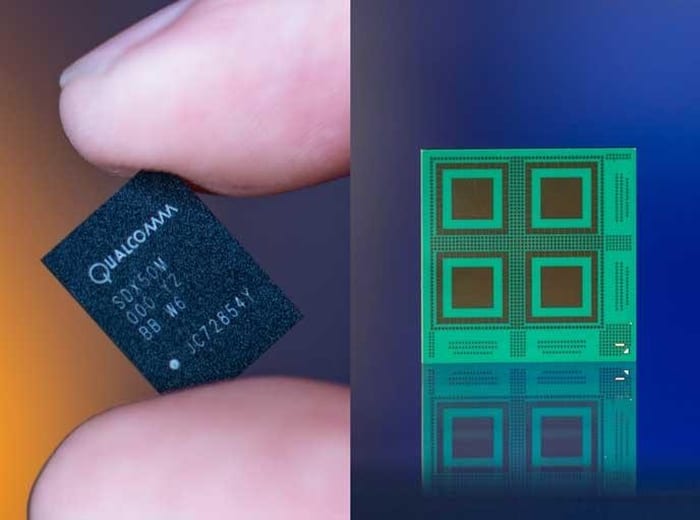 Not only that as the antenna will have the size of a small coin. Up to two of them can be inserted into the same device. The company expects, in up to 12 months, to reduce the dimensions of the component by at least 50%.

According to the giant chip maker Qualcomm, the first devices equipped with the Snapdragon X50 5G NR are expected to be launched in the first half of 2019. Of course, the device alone is not able to achieve high speeds: compatible networks must be available to do so.

The first fully functional 5G networks are expected to begin operating in 2020, suggesting that Qualcomm is being optimistic about deadlines. Anyway, the Snapdragon X50 is also compatible with 3G and 4G, including in the standard Gigabit LTE.