Earlier in January, OnePlus has launched OnePlus 10 Pro in the Chinese market. The global release was confirmed for this Spring. Now, the company is ready to bring its flagship to India.

This device might launch somewhere around March 22 or 24. The company officially confirmed the launch of the OnePlus 10 Pro as “Spring Launch” on the website. The new teaser does not reveal any details.

OnePlus 10 Pro Set to Launch on 22 March in India 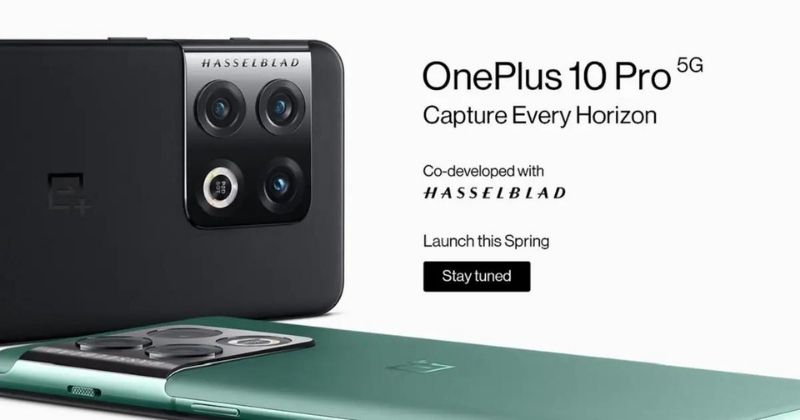 The tipster, Yogesh Brar, has posted a tweet that shows the launch date of the device in India.

So now we're done with Apple, expect OnePlus to roll out teasers for the 10 Pro in the coming days with the launch planned for either 22nd or 24th March.

While talking about pricing, it is not officially confirmed. The expected price of the OnePlus 10 Pro in India might be around Rs. 60,000.

The smartphone is powered with a 5000 mAh battery with 80W fast charging and 50W wireless fast charging. The handset comes with Qualcomm’s Snapdragon 8 Gen 1 chipset. It is paired with 12GB RAM and internal storage of 256GB.

On talking about the camera, the device has a triple rear camera by 48MP primary sensor and 50MP ultra-wide-angle sensor, 8MP telephoto sensor. The smartphone also has optical image stabilization support. The selfie camera is 32MP.