We all know very well that the OnePlus 5, officially announced a couple of months ago, has received a lot of criticism in its launch, but it is still one of the best-rated smartphones in 2017. However, now after lots of rumors and leaks, OnePlus 5T makes stop at Geekbench ahead of launch.

OnePlus 5T Makes Stop At Geekbench Ahead Of Launch

Previously we had seen the possible features that the OnePlus 5T will mount thanks to an AnTuTu filtering. Now we can confirm the characteristics of the OnePlus 5T, a device that, as it could not be otherwise, will be a full range of armed with features that will extol it at the top of the sector.

Not only do we know that the OnePlus 5T will mount a really powerful hardware but a filtered promotional image shows its screen without frames and with 18:9 format. Let’s see what are the characteristics of the OnePlus 5T. 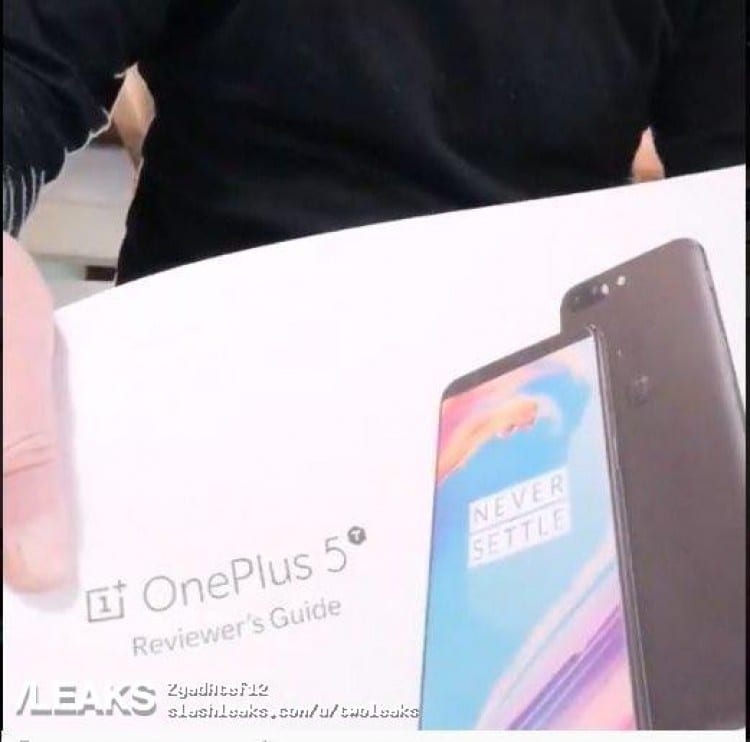 We’ll start talking about the screen of the next OnePlus workhorse. Although this data is not included in the Geekbench filtering, the OnePlus 5T is expected to have a screen formed by a 6-inch panel with a Full HD+ resolution (2160 x 1080 pixels). 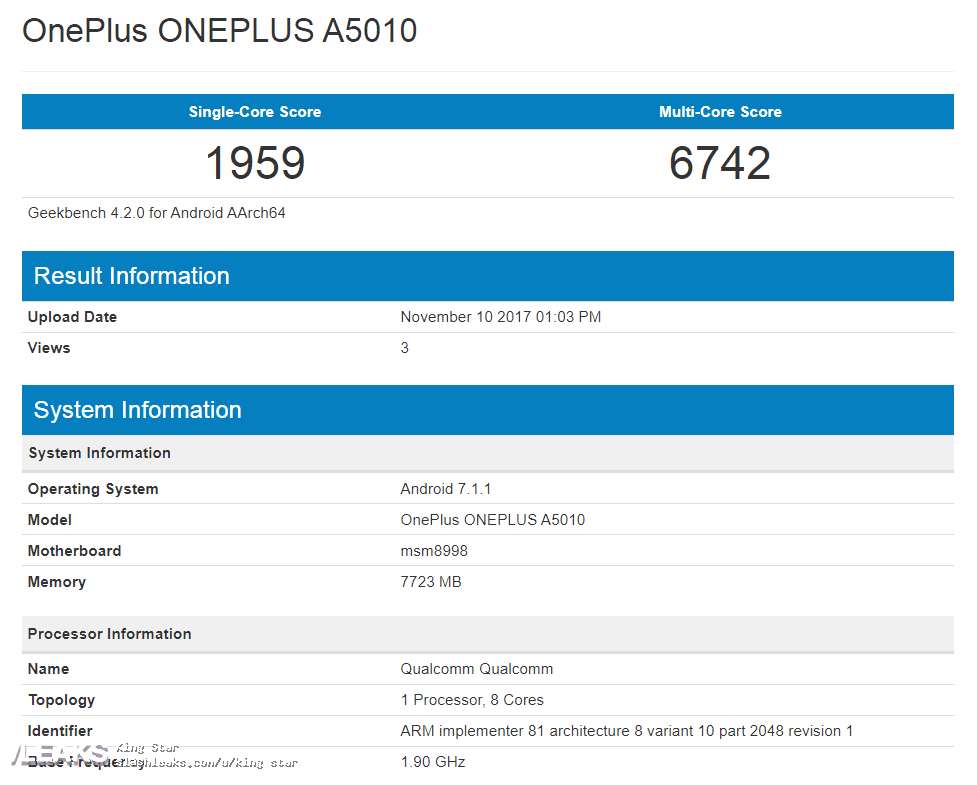 The camera of the OnePlus 5T is a complete mystery although it is speculated on with the possibility that the device mounts a system of the double lens formed by two sensors of 20 megapixels with LED flash of double tone.

The phone, named OnePlus A5010 key appears in Geekbench running Android 7.1.1 Nougat, but you can rest assured that the version that reaches the markets already has Android Oreo, the latest version of the operating system of Google.

Android 8 is already beginning to be implemented in other terminals of the Asian startup so it is expected that the new OnePlus mobile phone arrives with Android 8 Oreo under its arm. As for the launch date and the price of OnePlus 5T is expected to be presented on November 16.