If you are a huge OnePlus fan like me, then you will feel satisfied to know that OnePlus 5 has gone out of stock in the US Market as we told earlier. However, now the reports and leaks are indicating that soon OnePlus will launch an advanced version of OnePlus 5, of course, OnePlus 5T.

Contents show
OnePlus 5T With Thin Bezels And 18:9 Screen Leaked Again
This render shows us what the OnePlus 5T with 18:9 screen would look like

We’ve spent a few days talking about OnePlus and plans for what’s left for 2017 and what’s coming up for 2019. It’s been days since leaks left us without a OnePlus 5T, but now it looks like things change.

In addition, Slashleaks filtered an image where we can saw the possible design of the OnePlus 6. The information is flying through the network, and each source tells us a different thing.

It seems that today the thing is that there will be OnePlus 5T, but it will not update its processor, except the design, camera, and battery. Next, to the design, we will see a very interesting new aspect that has been filtered in a render.

The OnePlus 3T was introduced on November 15 last year, with a more powerful processor and some more changes. In design, we saw virtually no change beyond new colors and special editions. This year of having a OnePlus 5T we may get a new design that fits the new trends.

This render shows us what the OnePlus 5T with 18:9 screen would look like

The community has set to work and although there are not too many confirmations or reasons to believe that the company will launch a smartphone in the coming weeks, the renders are already coming. However, we have a very interesting image of a supposed OnePlus 5T. As in most cases, it has been created by computer, so we can not confirm anything 100%.

In the image, we see a slightly modified OnePlus 5 in the front. We only have this angle of the image, so we can not see the supposed changes of the back. You can see perfectly that we have an 18:9 screen and quite a few bevels. It’s the same thing we saw a few days ago, but now with the design of OnePlus and not Vivo. 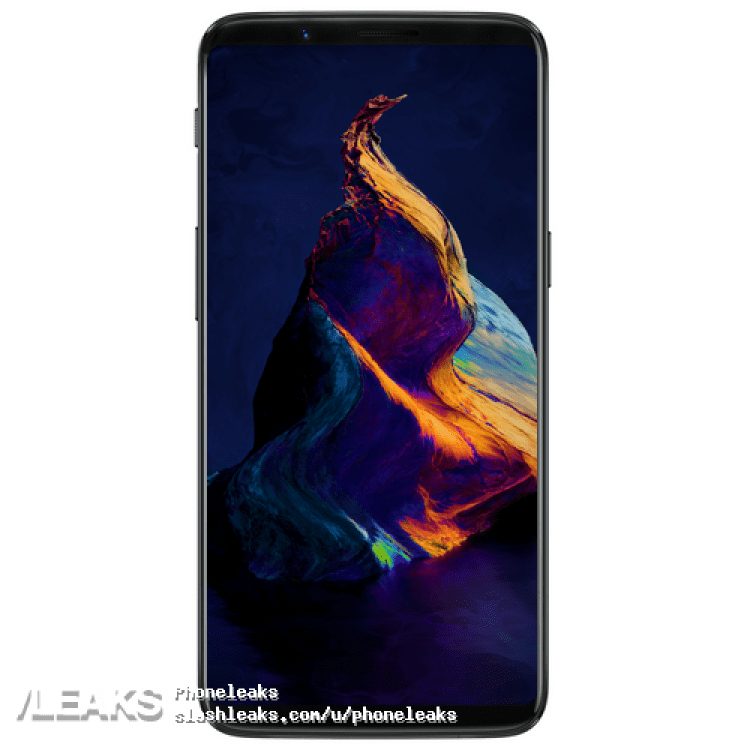 After placing this screen in the front area it is almost mandatory that the fingerprint sensor is placed in the back. It would be the first time OnePlus does in the high end, although it has some experience with the OnePlus X that came out a few years ago.

Little more we can make clear about this render since we do not see much movement on the part of OnePlus, nor real leaks that make us believe that will present a OnePlus 5T in the coming weeks. Most likely this year OnePlus stays as it is and in 2019 it will surprise us with a OnePlus 6 which will be full of news.