We all know very well that the OnePlus 6 is one of the biggest sales successes in the history of the Chinese brand, much due to the quality and the price ratio it offers. However, now according to the latest reports, the well-known Chinese smartphone manufacturer, of course, OnePlus to launch OnePlus 6T with a feature that no iPhone has.

OnePlus 6T Will Have A Feature That No iPhone Has

The OnePlus 6 is one of the biggest sales successes in the history of the Chinese brand, much due to the quality and the price ratio it offers.

As usual, the well-known Chinese smartphone manufacturers OnePlus is already preparing its successor, and the OnePlus 6T should arrive in October with a slight increase in price.

The well-known Chinese smartphone manufacturers OnePlus has struggled in recent years to win its position in the market. If the start was very promising, the course was made with ups and downs, however with great success in the latest releases.

After a major success on OnePlus 5 and OnePlus 5T, the well-known Chinese smartphone manufacturers recently introduced OnePlus 6 which has beaten the company’s sales records and captured the market’s attention, both for its price and the features it offers.

As usual, the Chinese brand will launch this year a new version of its flagship, of course, as we told earlier, its OnePlus 6T, which will bring some new features and improvements to the current model.

With the introduction of the Oneplus 6T approaching, more and more reliable information began to emerge. Get to know the look of the new flagship smartphone of the well-known Chinese smartphone manufacturer, of course, OnePlus that confirms some features.

Oneplus has shown growth in recent years, much due to the success of its latest releases.

This year the Chinese brand introduced OnePlus 6, which surpassed sales expectations and is now poised to launch a new device that promises exciting new features to attack this year’s final stretch and to compete with the models presented by the tech giant Apple and the South Korean giant Samsung and the models that will be presented by Huawei and Google as well.

Although it has not been presented yet, several news reports have emerged from the new Oneplus 6T and several new features are coming forward, some of which are difficult to be real.

However, recently, a Leak of a supposed official image has been published where images of the new OnePlus 6T are displayed. 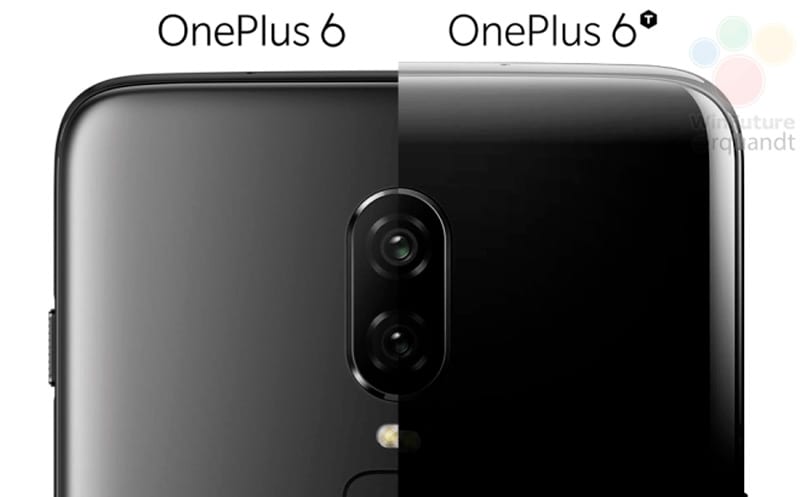 Analyzing this new content, we can verify that the OnePlus 6T will have a design very similar to its predecessor and that will have only two cameras, instead of the three that were to be spoken.

At the level of dimensions, this new version appears to be slightly larger and does not have a rear fingerprint sensor, which may represent its placement under the screen.

With a presentation already scheduled for October 17, we will soon know all the news that is being prepared for this new version.

For now, it is advanced that it will have a screen FullHD+ of 6.4-inch, processor Qualcomm Snapdragon 845 and 6 or 8 GB of RAM. Moreover, the 3.5mm jack, contrary to what the brand has defended, should be removed in this new version.