We all know very well that the OnePlus 5, officially announced a couple of months ago, has received a lot of criticism in its launch, but it is still one of the best-rated smartphones in 2017. However, now after lots of rumors and leaks now OnePlus officially confirmed the existence of OnePlus 5T and the presence of 3.5mm headphone jack.

The next OnePlus phone will be the OnePlus 5T, as just confirmed the CEO of the brand, Pete Lau, through the website of the Chinese firm. The manager has taken advantage of this means to unveil one of the first features of the smartphone, but does not confirm what would be the date of presentation of the mobile phone.

The first of the features of the OnePlus 5T that has confirmed the signature in words of Lau is that the smartphone will have a 3.5 mm headphone jack, so you will not need any dongle designed connector to listen to music through the headphones. And this is not a coincidence, in fact, it is a deliberate decision of OnePlus.

There are two reasons why OnePlus chooses to keep the old headphone jack: first, the audio quality, since wireless headsets are simply not on par with wiring, especially when considering the cheapest options. Second, we have the freedom of the user. The executive director of OnePlus explains everything in simple terms:

“Wireless headphones are not yet available to provide the same audio quality….it was not worth depriving our users of the freedom to use their favorite headphones and accessories. That’s why we are proud to announce that we maintain the headset jack for the OnePlus 5T and we are confident that our product decisions for our next device will offer the best possible experience.”

Why did we decide to keep the jack on the #OnePlus5T? Our CEO Pete explains in this product deep dive. https://t.co/LuVoHC8tzl pic.twitter.com/QPQbSFQyjQ

These words of the head of the company come accompanied by what is the first official image of the OnePlus 5T, showing precisely the audio minijack that is integrated into one of the profiles of the smartphone. 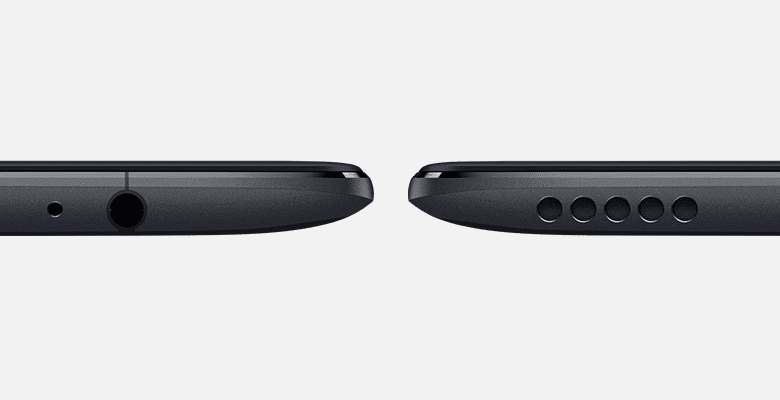 When will OnePlus present the OnePlus 5T?

Now that we know that the OnePlus 5T is real, it is obvious to think that it will arrive soon, but the brand still “does not loose pledge” about when the smartphone will arrive at the online store officially.

In his day Evan Blass, one of the most reputed leakster of the international scene revealed that the mobile will be released before December. According to the filtration, the OnePlus 5T will be presented before the end of this month, between November 20 and the last days of November.

Most likely the second half, with November 20 as the date set for all bets is the time Pete Lau show all the specifications of OnePlus 5T, besides the presence of audio jack and the rumored full screen.