According to the latest reports, after just over a month of testing, the well-known web browser, of course, I am talking about none other than Opera for Android, now officially has its own inbuilt VPN function. The feature has been available in Opera Beta since February and has reached the final version of the browser, more precisely, Opera 51.

Opera For Android Now Comes With A Free Unlimited VPN

After just over a month of testing, the well-known web browser, of course, I am talking about none other than Opera for Android, now officially has its own inbuilt VPN function. The feature was available in Opera Beta in February and has reached the final version of the browser, more precisely, Opera 51.

For those who are out of the question, a VPN (Virtual Private Network) hides your device’s IP using a server’s address, making the connection seem to originate away.

While the well-known Opera Software itself notes that, as the connection is encrypted (with a 256-bit algorithm), the VPN (Virtual Private Network) turns out to be useful for protecting your data in Wi-Fi networks of airports, coffee shops, and hotels, for example.

Moreover, the company also points out that the integrated VPN of the browser is completely free, does not require any registration and does not retain any type of data that goes through the servers of the service.

While now if we talk about the VPN mode, then let me clarify that enabling the VPN mode in Opera is a quick procedure. Simply have this feature enabled in your browser settings and touch the corresponding icon located on the left side of the address bar to enable or disable it. 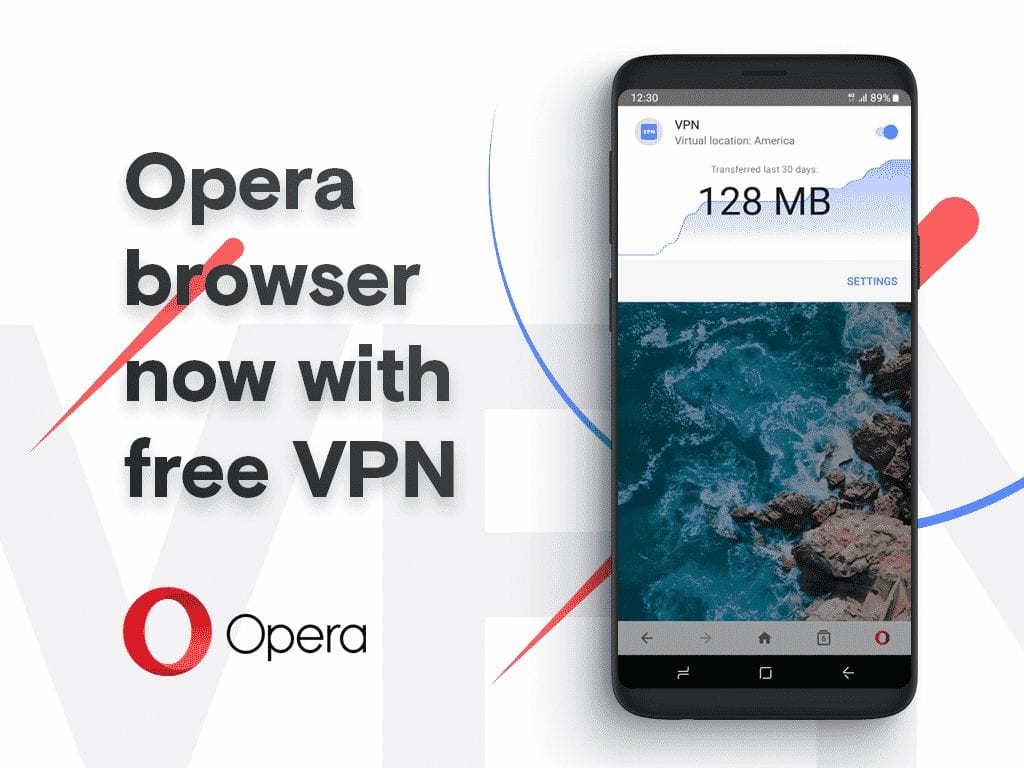 However, the Opera 51 for Android is being released gradually on the Google Play Store. For those who already have the browser installed on the smartphone, just wait for the new update.

Also Read: How To Set Up A VPN In Windows 10

According to Opera Software, the new version of the browser also features small enhancements like the faster startup, fast screen scrolling (lets you go to the beginning or end of the page with one touch), and support for an API for conversion from speech to text (speech-to-text) and much more. So, what do you think about this? Simply share all your views and thoughts in the comment section below. And if you liked this article then simply do not forget to share this article with your friends and family.