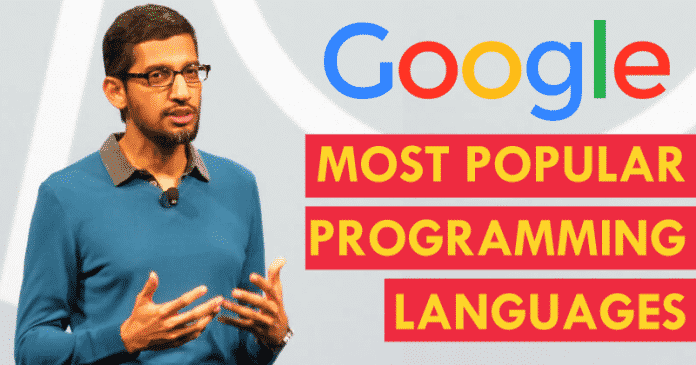 There are dozens of good options for choosing a programming language to practice, learn, and commit professionally. However, it is a world that is changing daily and in which popularity does not last forever. Some go down, and others go up, as has been happening to TypeScript recently.

It is a matter of time to reach the top positions, and typescript is neither more nor less than a more complex and complete variant of JavasScript, which is designed to develop applications and complex projects, as evidenced by the spectacular growth that lives now on GitHub.

As more and more programmers dare to try their luck with it, especially because being based on JavasCript is not necessary to learn everything from scratch. It is also ideal for creating applications that are impossible with the base language; hence the number of projects is constantly doubled.

However, the question now is to know how companies are adopting it, which is something much more difficult to measure. But, the acceptance within the business world probably goes far behind what the users offer in GitHub, and specialized corporations always take a little longer to adapt to these changes.

While on the internet, there are tutorials for anything, these can help us know which are the most popular programming languages. Preferably, Google searches are those that indicate what most attracts the users and fans, in this case, of course, information technology.

It is true that usually, we rely on studies more focused on the work of developers to talk about programming languages. Still, it is also interesting to look for other sources like Google searches to know what users and even developers want to learn.

Experts and amateurs usually search in Google tutorials in which other professionals with more knowledge of a particular language explain part of their operation. These searches are based on the PYPL, Popularity of Programming Language Index. This study gets all the data from Google Trends and produces a report on the current trend.

Hence, the most popular programming language on the internet is Python, now according to those results (PYPL index). It cannot be a minor coincidence that Python also holds that first position in Stack Overflow as well.

Behind it, of course, in second place comes Java, and then JavaScript, C#, PHP, C/C++, R, Objective-C, Swift, and Matlab in the tenth position in the ranking. Compared to the previous year, only Python and C# have risen, while Java and PHP have dropped their popularity.

Most Popular Programming Languages According To Google

So, now without making things quite complicated, let’s have a look at the list that we have mentioned below:-

If you are into application development, the priority should be learning Java. Java is an open-source and cross-platform programming language, and it’s pretty powerful. It’s mainly used to develop Android apps.

You should prioritize JavaScript to be a good web or game developer. In the past, JavaScript has been used for developing web and games. It’s also used for creating mobile apps and building web servers.

PHP should be your first priority if you’re into web development. It’s a dynamic programming language mainly used to develop mobile apps. You can learn it to write custom apps, protect your websites, etc.

C/C ++ is another set of programming languages you can master. C Programming language is mainly used for manipulating system hardware and resources on a lower level. In contrast, C++ is primarily used to access low-level system components.

R is a programming language and environment for statistical computing and graphics. This is widely used by business analysts, data analysts, and scientists.

Objective-C is a programming language that is mainly used to write software for OSX and iOS. This one is known for providing object-oriented capabilities and a dynamic runtime.

Swift is a general-purpose programming language developed by Apple Inc. It has an open-source community, mainly used to build iOS, Mac, Apple TV, and Apple Watch apps. So, if you’re interested in Apple’s ecosystem, Swift should be the one to master.

Matlab is a high-level programming language designed to benefit engineers. If you master Matlab, you can use it to run simple interactive commands or develop large-scale applications.

However, the fact is that the popularity of Python is adequate, as it is a mature language used in companies like the tech giant Google, the social network giant Facebook, Instagram, the well-known streaming platform Netflix, and much more.

Moreover, it has a large community of developers and resources to learn on the internet. Hence, we could count among its achievements the increase of machine learning and data science. So, what do you think about this? Share all your views and thoughts in the comment section below. And if you liked this top-list post, do not forget to share this list with your friends and family.