If we talk about PC Gaming, we can’t forget Razer. Razer carries a respectable history in the world of PC Gaming. Now, finally, Razer made its entry into the smartphone market with its latest monstrous gaming smartphone, named as Razer Phone.

It was from London that Razer introduced its most powerful Razer Phone. After several rumors and leaks, the Razer Phone finally arrived and comes to confirm almost everything that had already been advanced. This device comes with 8GB of RAM, a 120Hz refresh rate screen and more!

The Razer Phone has finally been announced! This smartphone was designed for gamers and it has various features that make it one of the most powerful smartphones of 2017. The presentation of this device focused on the screen, the audio system, the battery performance and the camera.

The Razer Phone is the first smartphone to hit the Western market with a screen with a refresh rate of 120 Hz which guarantees the best experience and gameplay in terms of image. This equipment arrives with an IGZO screen of 5.72-inch, with a maximum resolution of 1440 × 2560 Quad HD with Wide Color Gamut.

This is also the first in the world with UltraMotion technology, which was developed in partnership with Qualcomm, and that allows to “synchronize” the GPU signals with the screen to eliminate any type of lag. 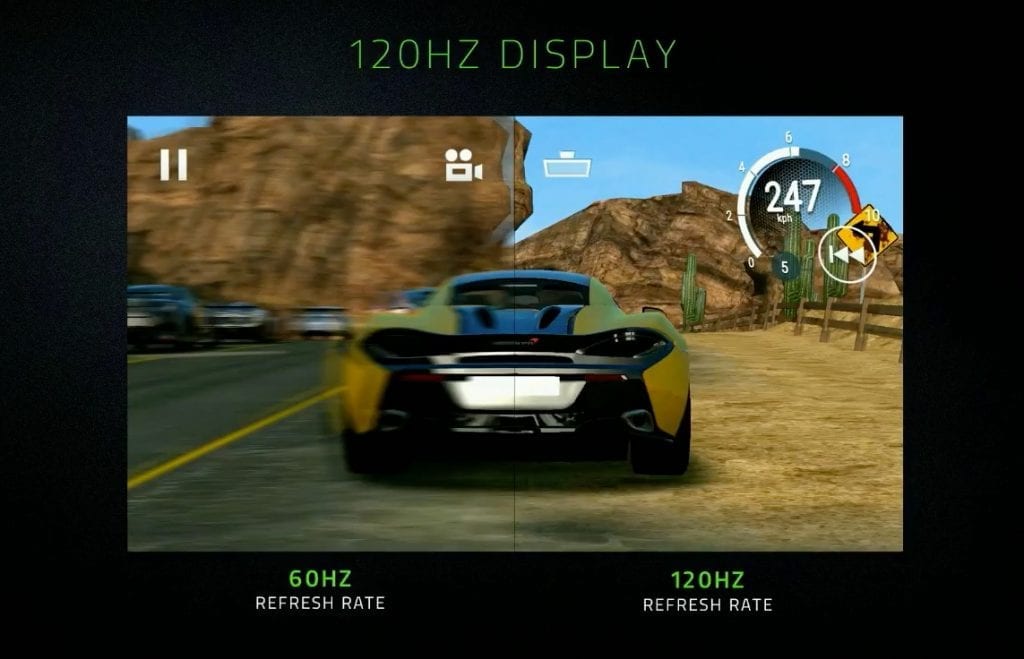 The Razer Phone comes with two THX-certified front speakers and Dolby Atmos sound. Each speaker has its own amplifier, ensuring the best sound quality. 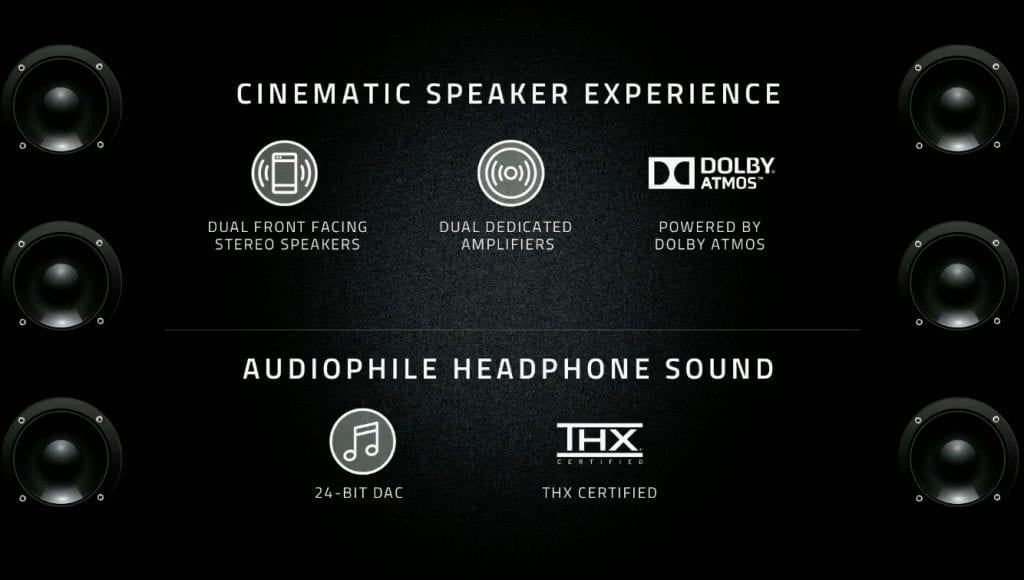 This device has 8GB of RAM and seems to be one of the strong assets to which Razer excels. To show all the power, the company presented some results of realized benchmarks. As you can see, the Razer Phone beats the Samsung S8+ in all tests performed. 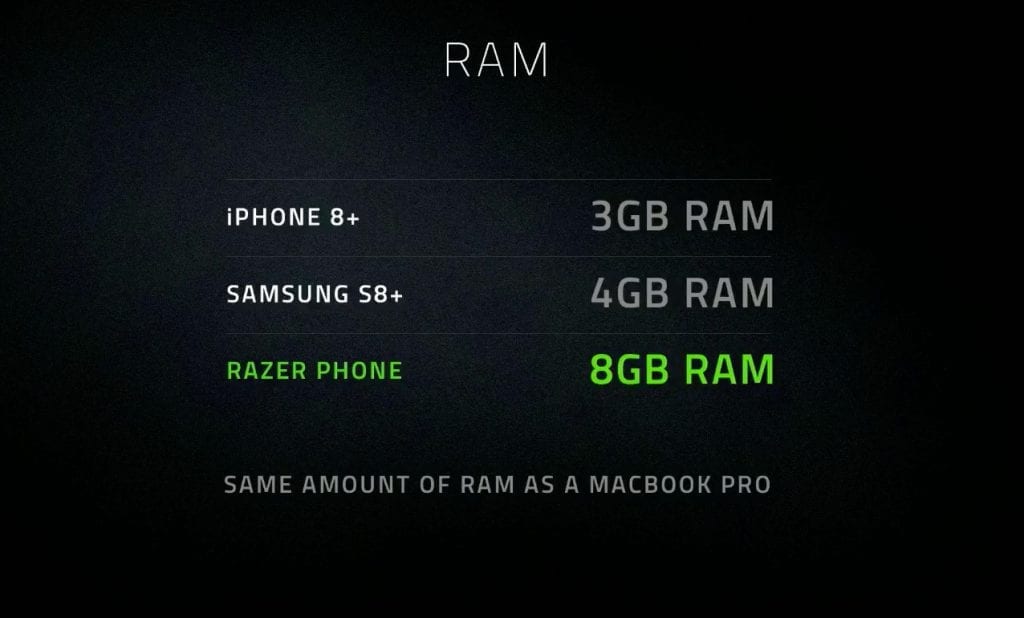 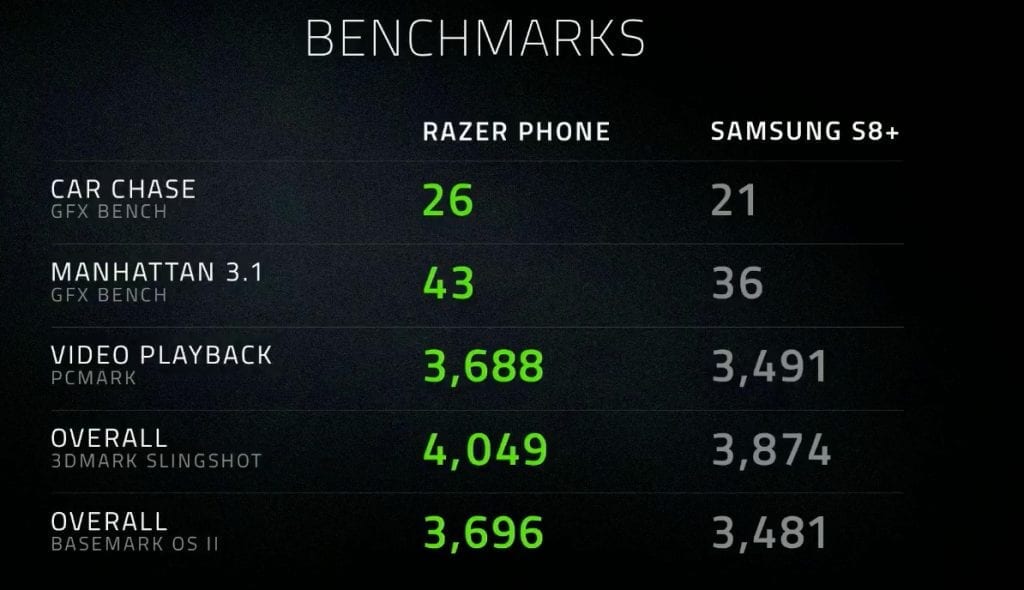 The battery has a capacity of 4000 mAh. Razer has evidenced the fact that this smartphone has a battery with a capacity higher than the iPhone 8 Plus and the Samsung Galaxy S8+. According to the tests performed, the battery guarantees autonomy for 12.5 hours for movies, 63.5 hours for music and 7 hours for those who dedicate themselves to games. 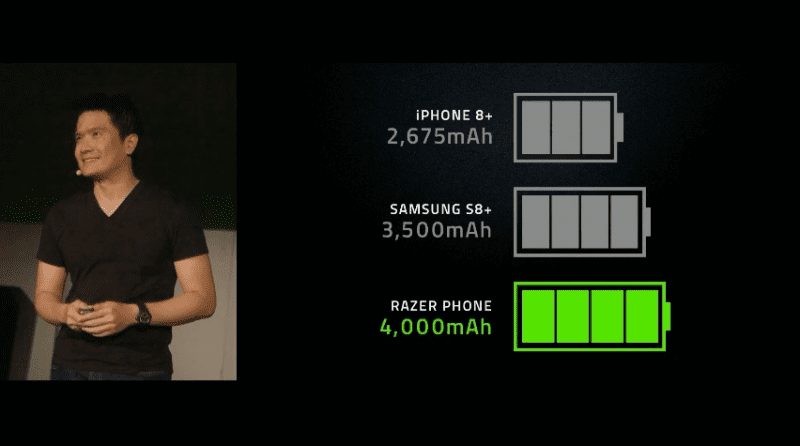 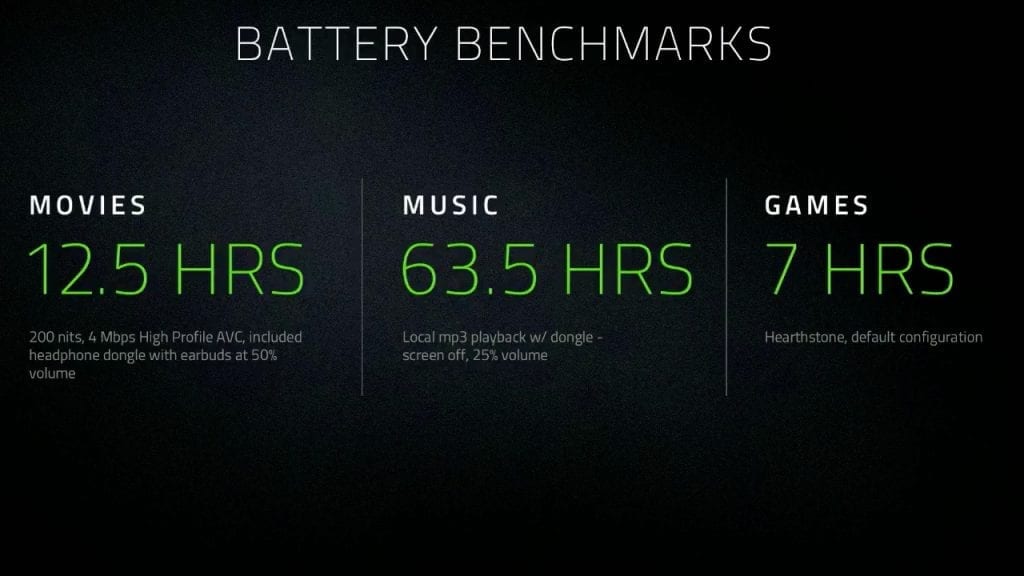 This smartphone will also be the first to come with the Quick Charge 4+ charging system.

The rear camera is dual and comes with a 12MP sensor with f/1.75 aperture and a 13 aperture sensor with f/2.6 aperture. Highlight also for the 2x digital zoom and the LED flash. The front camera is 8 MP. 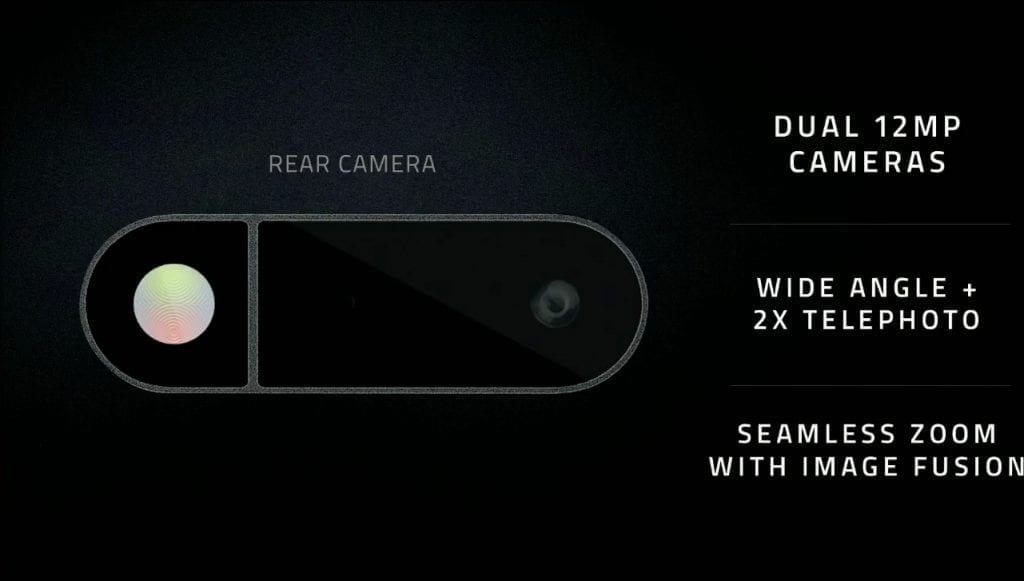 Everything else that makes the Razer Phone a phenomenal smartphone

As it has already been revealed by many rumors, this equipment comes with the powerful SoC Snapdragon 835 and will have 64 GB of internal storage memory. But there is more. 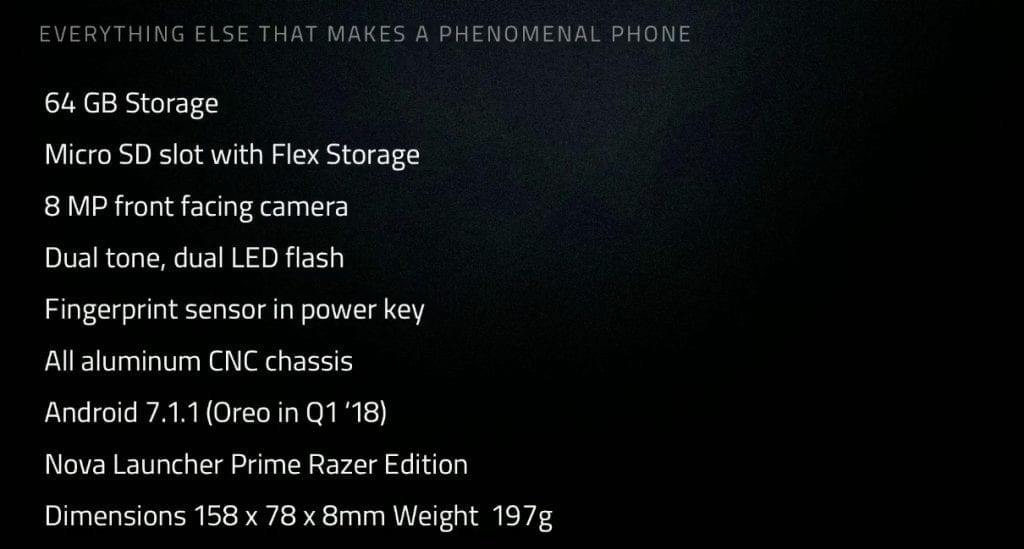 The Razer Phone arrives with Android 7.1.1 but the company ensures that in 2019 it will be upgraded to the new Android Oreo. The equipment will be available from November 17 with a price tag of $699.99.