According to the latest reports, recently researchers at the University of Glasgow have announced the development of a portable electronic device inspired by Star Trek. This “reader” can be used for rapid diagnosis of conditions, including heart attacks, strokes, and cancer.

It is a device that we get used to seeing in the most famous series of science fiction. The diagnostic body reader allows real-time reporting of health status based on various parameters, at least in fiction, it was so.

Researchers at the University of Glasgow have announced the development of a portable electronic device inspired by Star Trek. This “reader” can be used for rapid diagnosis of conditions, including heart attacks, strokes, and cancer.

Inspired by Star Trek’s famous Tricorder, the Glasgow group’s multicorder device – described in an article in the journal Biosensors and Bioelectronics – pairs a portable sensor with an application installed on a smartphone to measure levels of various metabolites in patient fluid samples.

Also read: 13 Gadgets That Your Smartphone Has ‘Killed’

Metabolites can be indicators of general health status

Metabolites are small molecules found in the fluids of the human body. By measuring and monitoring their relative abundance, scientists can easily track the overall health or progression of specific diseases. 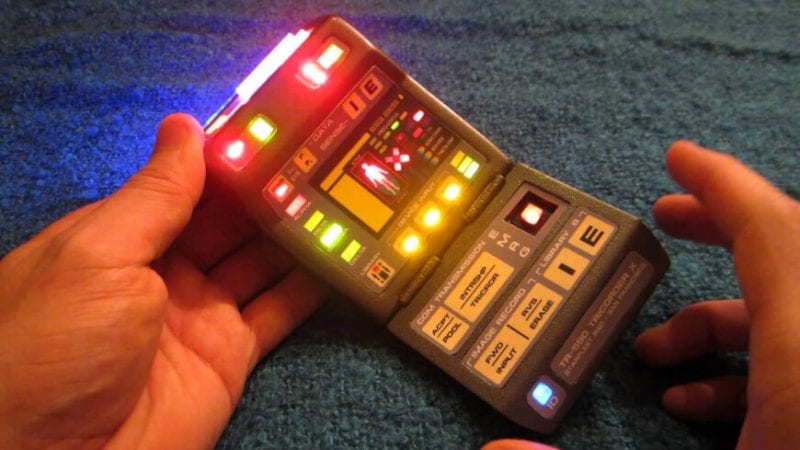 The ability to rapidly detect and quantitate several metabolite biomarkers simultaneously makes this device particularly useful in cases of heart attack, cancer, and stroke, where rapid diagnosis is vital for effective treatment.

Metabolites can be measured by existing processes such as nuclear magnetic resonance and hyphenated mass spectrometry techniques, but both approaches are expensive and require bulky equipment that may be slow to provide diagnostic results.

The new device is built around a new form of CMOS (complementary metal oxide semiconductor) chip. CMOS chips are cheap to produce and are often used in imaging devices.

The chip is smaller than the tip of a finger and is divided into multiple reaction zones to simultaneously detect and quantify four metabolites of body fluid, such as serum or urine. The device can be operated through any Android-based tablet or smartphone that provides acquisition, computing, visualization, and data power. 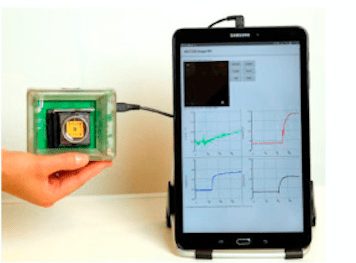 The author of the study, Dr. Samadhan Patil, said “We have been able to detect and measure various metabolites associated with myocardial infarction or heart attack, and prostate cancer simultaneously using this device. It has the potential to track the progression of the disease in its initial phase and is ideal for subsequent prognosis.”

This technology could, in the long run, enable portable and inexpensive diagnostic devices to accurately measure metabolites, opening up a wide range of applications for medicine, and with the later development, an important step was taken to this device to market.

This is not the first time that this type of devices tries to reach the public knowledge as a “potential” equipment at the service of medicine.

There are several projects, some more evolved than the others, some more believable by the way of commercialization and others more dedicated to a concept, that in the future more ahead will allow the type of technology. Hence, this seems more “real” than currently science and technology allow. So, what do you think about this? Simply share all your views and thoughts in the comment section below.