A smartphone has caught fire, however this is not new as earlier many smartphones had caught fire, now the burned smartphone is from the reputed brand Samsung. However, the cause of the fire is not known. It could be due to some fault in the battery.

Samsung S6 Edge Plus caught fire, most smartphone fires occur due to use of third party chargers, however the S6 Edge plus was reportedly connected to a Samsung’s official charger.

Reddit user, Turkeylord_2 shared the images of the burned S6 Edge Plus. The burned smartphone was actually owned by his roommate, who later provided the backstory. 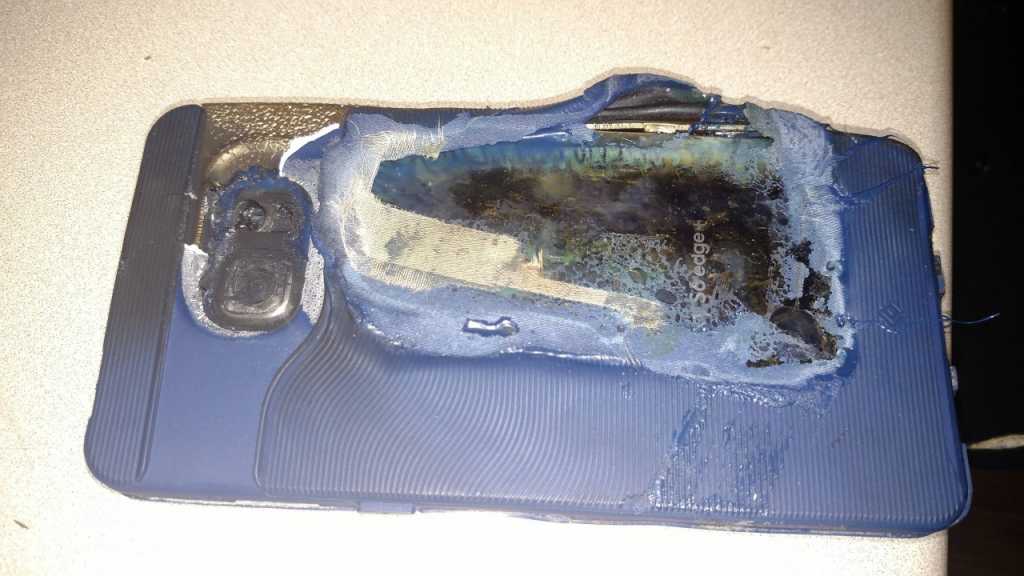 “I am OPs roommate and owner of the carnage that you see here,” roommate “Needs_tree_fiddy” explained. “I was not using the charger that it came with, but I was using a Samsung charger that I got with my GS3. The phone was not under my pillow, but it was lying next to me on my bed. I woke up to the sound of it sizzling and nasty fumes erupting from it. We have more pics if you guys are interested. If you guys have any questions or advice please comment.”

While explaining the charger incident, he commented that he was using a Galaxy S6 Edge Plus but was charging it with Galaxy S3 Charger, whose output is 1 A i.e which is quiter lower than that required for Galaxy Edge Plus, however it doesn’t seem that charger is responsible for this fire.

Majority of smartphone fires took place due to the faulty batteries or using third party charger. It seems that the battery of the smartphone was having some issue that led to overheating.

The victim whose smartphone had caught fire contacted Samsung regarding this issue and the company has assured him to replace his smartphone and will provide compensation for the damaged property.