The Samsung Galaxy Tab  S8 and S8 Plus are the next tablets in line to hit the market this year. And the best notice about this is that Samsung will bring an Ultra model in this line-up.

While the Samsung Tab S series is considered to be among the most reliable and elite tablets in the industry, Samsung is ready to change the game. A lot of new features are coming in the Samsung Galaxy S8 series, and we will discuss the same in this post.

According to the rumors, it won’t be wrong to expect a notch, S Pen support and an attractive price in these tablets!

Samsung’s Next Tablet Lineup May Offer 14.6-inch ‘Ultra’ Model with a Notch 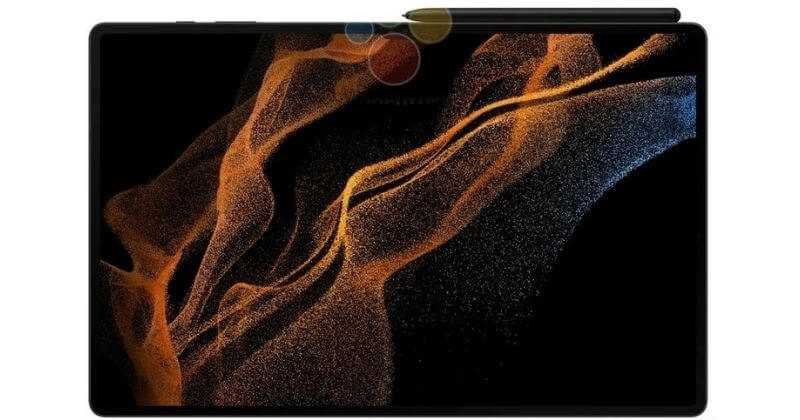 As per the reports, it’s said that the flagship model could contain an ultra model. This model would have a 14.6-inch super AMOLED screen. Further, it will have a resolution of about 2960 × 1848 pixels. Of course, high refresh rate, which is up to 120 Hz. Finally, it will have a notch with two 12 megapixel cameras on the front.

In addition to its features, it was a rumor that it can also come up with a variant of 16GB Ram and 512GB of storage and with 11200 MAH battery. Of course, the tablet will feature the latest and greatest offering from Qualcomm, the Snapdragon 8 Gen 1 Chipset and Adreno 730 GPU. We do not know if it will come with more storage options or not.

Of course, the S8 and S8 plus will be smaller in size as compared to the S8 Ultra. While the S8 Plus will have an AMOLED screen, you will have to settle for a TFT display with the base variant of Galaxy Tab S8. the base model S8 Tab will be the smallest in size and assumed to have an 11 inch TFT LTPS display. The screen has a resolution size of 2560 into 1600 pixels.

The Galaxy Tab S8 will come with a 10,090 Mah battery. While the smallest of the bunch, the base S8 comes with the smallest battery, which is 8,000 mAH.

Again, as compared to the S8 ultra, S8 and S8 Plus will have smaller memory and storage options offering up to 8GB RAM and 256 GB of storage.

All the models will have a dual 13mp camera and ultra-wide lens, which will have a 6mp wide range angle on the back. While there will be a 12 MP camera on the screen on S8 and S8 Plus, the S8 Ultra will have two 12 MP cameras on the front.

The best thing, however, is that we get the same chipset, the Snapdragon 8 Gen 1, throughout the whole series.  All the models will have additional features such as s-pen support, under-display fingerprint scanners, optional 5G connectivity, and quad speakers compatible with Dolby Atmos.

Although there has been no confirmation regarding the price of S8 Tabs. We can predict that Samsung can introduce its Galaxy Tab S8 at Samsung Unpacked event on February 8, probably along with the launch of Samsung Galaxy s22  or at the Mobile World Conference, which will be held on February 28.