Samsung has finally confirmed its upcoming event date and time. The company has announced the upcoming Galaxy Unpacked event on its social media platforms.

The South Korean giant will likely launch the Galaxy S22 series at this event. Last week, the company teased the event but didn’t reveal the date. However, the event will be held virtually due to the Covid-19. 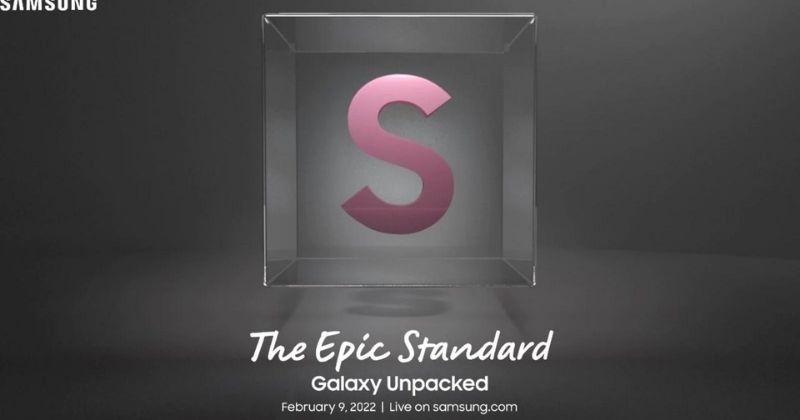 Samsung has only announced the virtual event; they didn’t specify the information related to Galaxy S22 series. Though we can expect it, as the company typically brings the new smartphone lineup in the Galaxy S series in February.

Galaxy S series is important for the company’s success as it competes with Apple and OnePlus in the smartphone market.

Join us as we break the rules to set the epic standard at #SamsungUnpacked, February 9, 2022.

According to the leaks and reports, the upcoming Galaxy S22 is the next flagship smartphone by Samsung. The company is expected to bring three versions, Galaxy S22, Galaxy S22 Plus, and Galaxy S22 Ultra.

It is said that the Galaxy S22 Ultra will be a successor to Galaxy Note Series. Also, it is likely to come with an S Pen stylus. The entire S22 series will be upgraded in terms of design, processor, and camera powers.

Recently, the prices of the S22 series were leaked in Europe and the US, which is likely to cost between $899 to $1299. Also, US customers can now register to pre-order the devices.

Apart from the smartphone, Samsung is expected to announce Galaxy Tab 8 Ultra.

Currently, there are no specific details confirmed on the specifications of the Galaxy S22 series. So, once the company launches the device, we will get all the confirmed details.

You can visit the official website or official Youtube Channel of Samsung to watch the Galaxy Unpacked Event on February 9.