Verizon variant of Samsung Galaxy Watch4 and Watch4 Classic got an update which includes some new features, but it doesn’t have support for Google Assistant as it earlier rumored.

Google Assistant is a wildly required feature for wearables, and recently, Samsung Galaxy Watch4 has been glimpsed to adding Google Assistant, which is spotted by 9to5Google, in the Verizon update logs.

Additionally, Google’s spokesperson has finally confirmed that Google Assistant is not rolling out to Samsung’s Wear OS-powered wearables yet, but we might get it in the future. 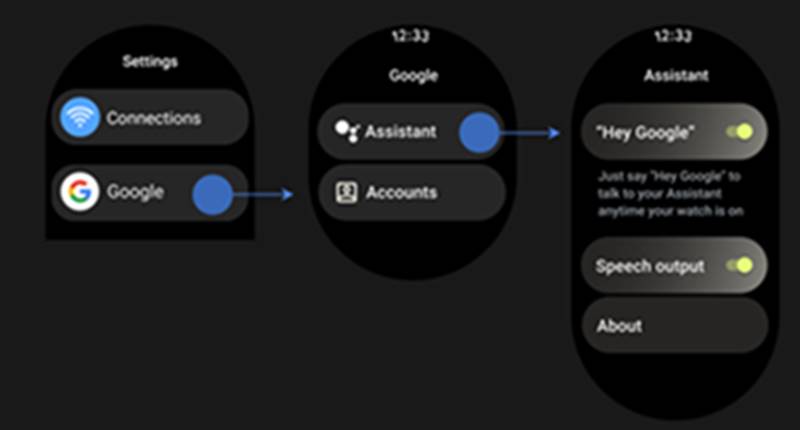 As a report from Droid-Life mentioned earlier, an update has begun rolling out to Verizon variants of the Galaxy Watch 4 line with build QU1FVC8 (R885USQU1FVC8) that features the changelog, which allows you to access Google Assistant.

And as shown in the screenshot, the settings menu of Google Accounts has a new option of Assistant that is logged as Settings > Google > Google Assistant with the ability to access the ‘Hey Google‘ wake term and speech output.

But now it seems Verizon tested this feature for another update because the latest update has no clue about Google Assistant.

After this, The Verge has reported that they reached out to Google and Google’s spokesperson said, “To confirm, Assistant is not rolling out to Galaxy Watch 4 and we don’t have an update on timing”.

However, the update includes two other features first, Backup and Restore through Smart Switch which will make it easier for you to pair your watch to a new phone. Second, the new Body composition Health feature with the “Measure” button for mark notifications.

In Conclusion, Google Assistant is not dead for Galaxy Watch4, and we might see its arrival in another update or may after the wearOS update announcement at the Google I/O conference. Besides, Google’s upcoming Pixel Watch might use wearOS 3.1.