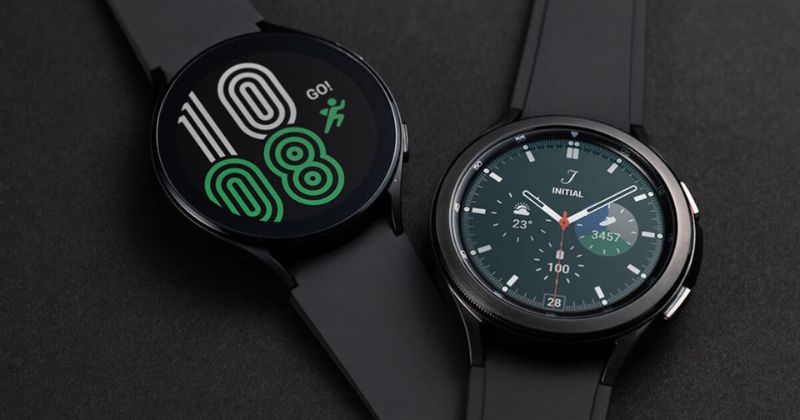 Samsung is reportedly increasing the charging speed of the Galaxy Watch 5 series. According to the latest FCC filings, one big update is expected to come with the next-generation smartwatches from Samsung.

However, the FCC filings doesn’t reveal much about the features of the smartwatch, but the launch is expected soon.

The basic connectivity specifications are confirmed, like the smartwatches will support Bluetooth, 2.4 and 5Ghz Wi-Fi, and contactless payments.

However, the most eye-catching update for Samsung Galaxy Watch 5 series is that the charging speed is doubled to 10W speeds.

Samsung is dropping the “Classic” lineup, as per the previous rumors. In the models, SM-R900 is the smaller Galaxy Watch 5, SM-R910 is the larger model, and SM-R920 is the Pro model.

The listings are for the standard Bluetooth model of Galaxy Watch 5 instead of LTE variants. The FCC filing also confirms the Wear OS by sharing a few screenshots.

The main details are of charging speeds on the Galaxy Watch 5. It supports 5V/2A speeds and 10W. However, it is slow as compared to smartphones but is effectively double that of Watch 4.

Samsung Galaxy Watch 4 doesn’t have good battery life. Even though the company promises 40 hours of battery life, Watch 4 struggles to get a full day when you have an always-on display.

Adding support for fast charging was the biggest complaint since last year. Galaxy Watch 4 takes around two hours to get it charged from zero to 100%.

Other brands like Fossil added fast charging support a few years ago to their Wear OS watches. Apple brought the support last year on its Series 7 watch.

Samsung has not shared any details officially about Galaxy Watch 5 Series. The company is expected to share details in the coming weeks.