Once the fingerprint sensor, iris and face recognition sensors have been introduced for unlocking, the next major war is the introduction of the sensor below the screen. Hence, the South Korean giant Samsung has finally patented On-Screen fingerprint technology for Samsung Galaxy S9.

Contents show
Samsung Patents On-Screen Fingerprint Scanner Just In Time For Galaxy S9
Samsung patents fingerprint sensor below the screen
What are the plans for this technology?

However, for some years now manufacturers have been hoping to abandon the physical buttons and adopt recognition underneath the screen. Already several prototypes were developed, however, with the introduction of the 18:9 screens, the need for this technology has grown. 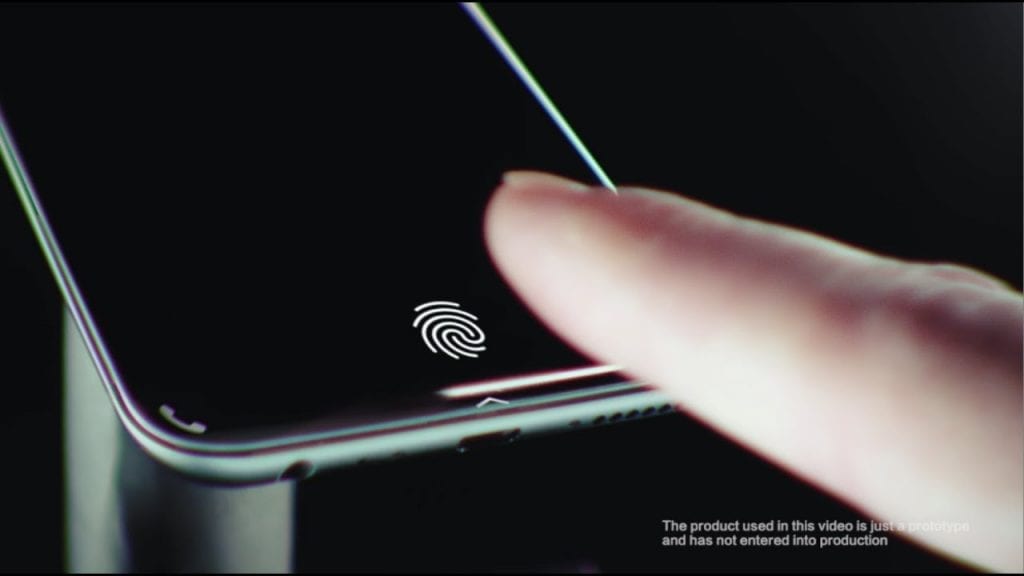 The year 2019 may finally mark the introduction of this unlock method, and as proof of this, Samsung has already patented its fingerprint recognition technology under the screen.

Recently, the Samsung World Intellectual Property Organization (WIPO) accepted the Samsung patent filed in April 2017 for a technology to introduce fingerprint recognition technology under the screen.

According to the plans of the Korean brand and demonstrated in a document released by Letsgodigital, this technology is possible due to the inclusion on the screen of a fingerprint sensor and a pressure sensor. 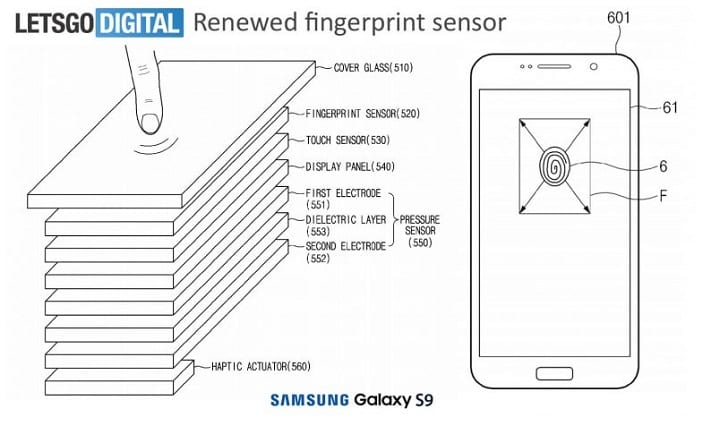 The first layer of the screen will then consist of a layer of glass, followed by the fingerprint sensor, the touch panel, the display and finally the pressure sensor.

The activation of the fingerprint sensor will then be done only from a certain level of pressure, with 12 distinct points scattered across the screen for this recognition. The area of action of this technology should be the full screen.

What are the plans for this technology?

In addition to the simple unlocking of the screen, there are other plans to use this technology while using the smartphone.

One of the possible uses of this system is in the gallery where depending on the fingerprint you press on the screen to open the gallery, will present or not the private photographs. This behaviour may also be replicated to other applications.

This is a very desirable technology in the world of smartphones and may be close to being implemented. Several information pointed out that the South Korean giant Samsung would not have the technology ready for its Galaxy S9, however, with this new patent approved may open the possibility of the next flagship already rely on this novelty.