Also read: How to Run Older Programs On Windows 10/11

So, in this article, we have decided to share a working method to add a working battery percentage meter on Windows 10 taskbar.

To do that, you need to use a third-party tool known as ‘Battery Bar’. So, let’s check out how to show battery percentage on the taskbar in Windows 10 PC.

Step 1. First of all, download & install the Battery bar on your Windows 10 computer. 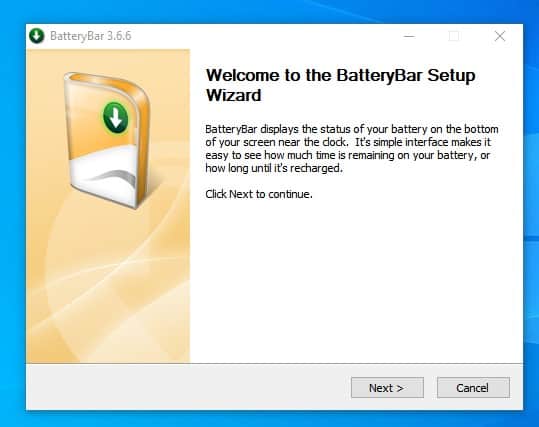 Step 2. Once done, you will now see a battery bar on the taskbar of Windows 10.

Step 3. It will show you the remaining battery time by default. 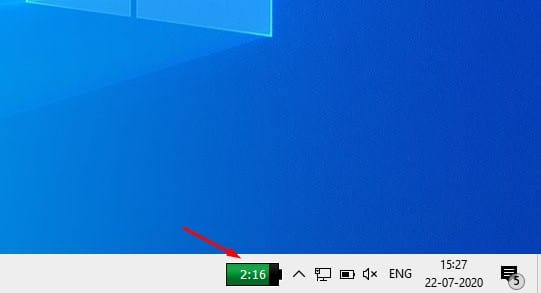 Step 4. Just click on the battery bar icon to change it to show the remaining battery percentage. 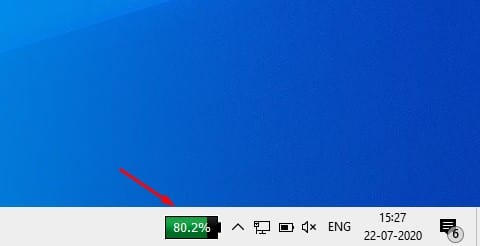 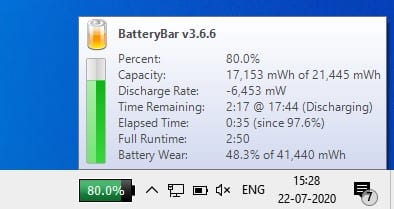 That’s it! You are done. This is how you can show battery percentage on Windows 10 taskbar.

So, this article is all about how to show battery percentage on the taskbar. I hope this article helped you! Share it with your friends also.