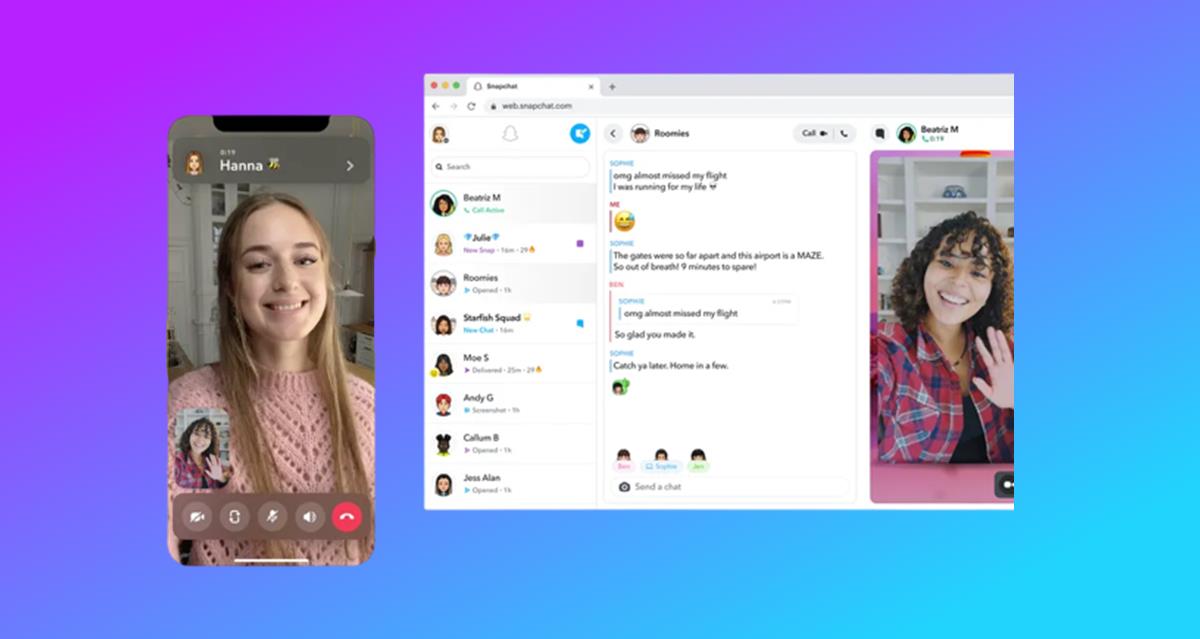 Snapchat has announced a new web version of the Snapchat app with some selected features, but there’s a catch that initially, it will only be available for Snapchat+ subscribers.

As we all know, Snapchat is a widespread social media app with users only from a mobile app, but now it allows using the platform’s key features on the desktop.

Snapchat Now Let You Chatting & Video Calling On The Desktop

The Snapchat web allows you to send snaps with friends, chat with them, and video call. And more precisely, there are some messaging features such as Chat Reactions and Chat Reply, and the Chat will automatically delete after 24 hours like the mobile app.

Besides, a new feature will also arrive soon, which is Snap’s AR Lenses.

Additionally, this web version is not limited to any browser such as Chrome, and users can run it from any browser.

To use it, you have to go to a URL – web.snapchat.com, and you just have to log in to your account simply, and then you also have to clear the two-step verification.

On the other side, we can expect a QR code system to access accounts like WhatsApp web in the future.

As mentioned above, Snapchat for Web can only be used by Snapchat+ subscription holders in the United States, United Kingdom, Canada, Australia, and New Zealand.

And soon, the company will also roll out it for premium users in France, Germany, Saudi Arabia, and the United Arab Emirates.

In the future, we might also see it for non-premium users, or if not, so it will be highlighted feature for Snapchat+.

Many people were waiting for Snapchat on the web. Without an emulator, there was no way to use it on a PC, but now, you have to take a premium subscription to access it. Let me know in the comment section what you think about this.