Sony has been one of those silent companies during 2017, as I have heard almost nothing from it.

But this is over, as a new Sony device, ‘Sony Pikachu,’ was spotted on GFXBench, which would be the code name of some new mid-range smartphones.

Contents show
Sony Pikachu Spotted On GFXBench With Octa-core SoC, 21MP Camera.
But, what if Pikachu becomes a phone?

During last summer, events happened so strangely that Niantic surpassed the fiction. People going out looking for Pokémon. We all remember the fever that caused Pokémon GO, which will go to the annals of the history of mobile applications.

Sony wants to pay homage to the most famous example of this saga. The Japanese company needs a boost to compete in the Android panorama. Many tech giants promise exciting developments like the Samsung Galaxy S8, the Huawei P10, P10 Plus, the LG G6, and the Nokia P1.

But, what if Pikachu becomes a phone?

The truth is that the figures of Sony Mobile are falling. The mobile division of the Japanese giant suffered a significant drop in sales during the last quarter of last year.

That is why it works to improve its famous range, with the Xperia XZ 2 filtered its possible specifications a few days ago and is expected to launch at the MWC 2017. In this mobile phone Fair, which will open its doors next February 26, the manufacturer could announce a device that would be a nod to the followers of Pokémon.

Recently, a model has been leaked that has gone through GFXBench with the code name “Sony Pikachu,” whose characteristics would place it in the mid-range and possibly be the new member of the Xperia family. 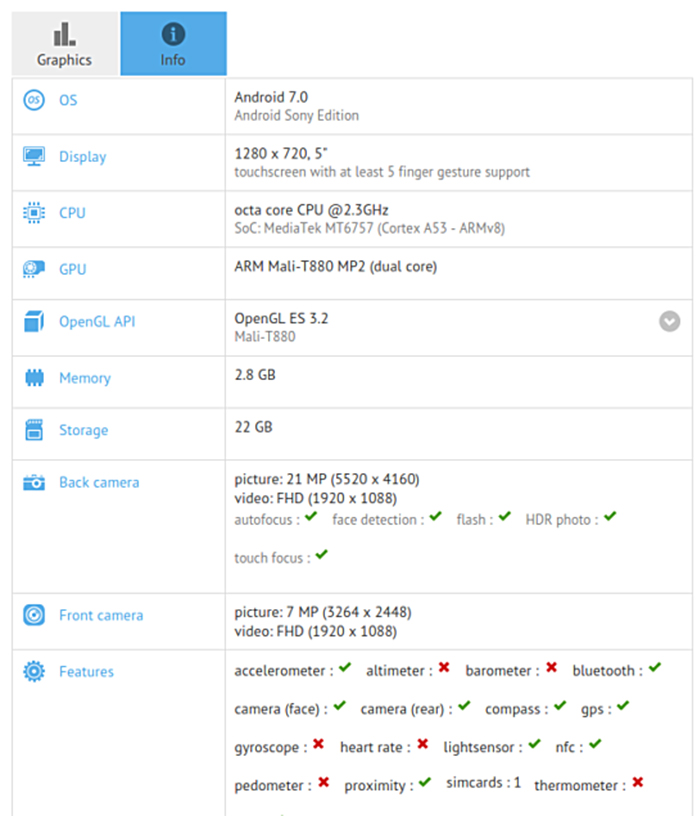 According to this benchmark, the Sony Pikachu has a 5-inch screen with a resolution of 1,280 x 720 pixels and supports at least five touchpoints. Inside, Pikachu will have a MediaTek MT6757 8-core processor, which will be clocked at 2.3 GHz, and it will also have a Mali-T880 MP2 GPU.

The RAM will be 3GB and the internal storage of 32GB, although possibly other variants with greater capacity. It seems that the photographic section will be composed of a camera of 21 MP on the back and a front of 7 MP, something that would not be bad.

There are no more details about other features, nor if the name implies collaboration between Sony and Niantic or only a tribute to Pikachu.

In any case, few days are left for the MWC 2017, where the Sony Pikachu could leave his Pokéball and simply pull the curtain and reveal all the details.