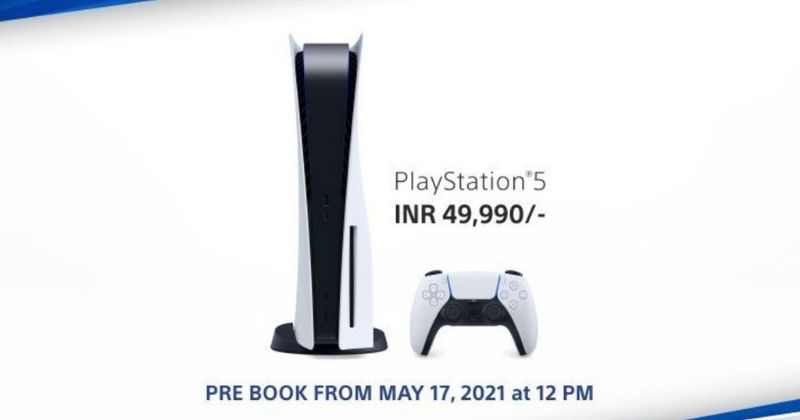 Finally, Sony PlayStation 5 restocks are expected to start from May 17 as the banner has been listed on Amazon. The pre-orders of the console will go live at 12 pm next week. The console was launched in February in India, but there was a shortage of supply starting from the first batch sold out.

Sony PlayStation 5 has two models, Standard edition and Digital Edition. All the customers who were unable to purchase the PS5 first can now try to pre-order it this month. The Sony PS5 will be available for pre-order on Flipkart and Amazon India on May 17 at 12 PM. Sony Center has also listed the console on its website for Rs. 39,990.

At present, only the pre-stock date is announced, the exact delivery date and stock quantity is not known.  According to earlier reports, it is said that the customer who does pre-booking of PS5 on 17 May might get the delivery on May 24. Other accessories other than the DUalSense Controller will not be available for purchase.

Sony Center is a third-party retail partner of Sony. Earlier, Reliance Digital listed the PS5 to be in stock and also accepted the orders, but few of the

Earlier this month, Reliance Digital reportedly listed the PS5 to be in stock and accepted orders from customers. However, several users soon started reporting that their orders were canceled, with refunds being issued by the online retailer.

In January, when the first time PS5 went for pre-orders in India, the console was sold out in a minute. From that time, the customers are waiting for the gadget to come in stock in India. There was not only a shortage in India but also in other countries over the world.

Last week, a group of analysts from Sony has said that the PS5 stock shortage will be there till next year. Till March 31, Sony has sold out 7.8 million units of PS5.