We all know that less than two weeks are left for Nintendo Switch, the new hybrid console between laptop and desktop, and it seems that Sony has already been exploring the possibility of presenting a similar console.

This Is Sony’s PlayStation Answer To The Nintendo Switch

There are less than two weeks left for Nintendo Switch, the new hybrid console between laptop and desktop, and it seems that Sony has already been exploring the possibility of presenting a similar console.

For its part, Sony has not dared to launch new portable consoles since in 2011 introduced the PlayStation Vita, which would later be accompanied by the PlayStation Vita Slim, a revision of the previous version that came to the United States in 2014.

However, based on a patent that has been detected recently it seems that the company could be exploring the possibility of launching a new device in the notebook sector, and even some kind of hybrid similar to Nintendo Switch.

This could be the new Sony laptop 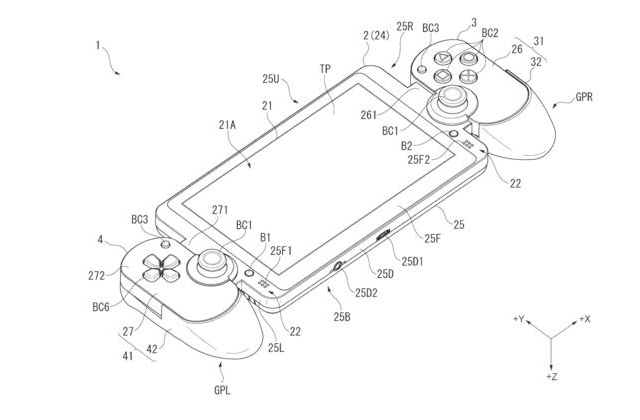 In the year 2015, Shuhei Yoshida, president of Sony Interactive Entertainment Worldwide Studios confirmed that with the rise of video games for mobile phones, the situation for the market of exclusive portable consoles was not very suitable.

Even so, it does not appear that they will give up since a patent has recently been discovered that was registered in 2015, but has not been made public until now, in which we can see the concept of a new portable console.

Although its initial design may not seem as elegant as other consoles, the truth is that it does seem to have a very good ergonomics. What is not entirely clear is whether the idea is to create a device from which controllers can be separated, or if everything would go together.

It remains to be seen if finally, Sony will decide to make this patent happen again to be successful in the field of laptops, since although the original PSP at the time managed to sell more than 80 million units, while the PS Vita only reached 15 million.