Steve Jobs’ daughter Eve has shared a laughable meme on her Instagram Story that mocks iPhone 14 for being the same as iPhone 13.

iPhone 14’s launch might be exciting, but only because of the iPhone 14 Pro models, and almost everyone believes that iPhone 14 base model is useless as it is around 80% the same as iPhone 13. 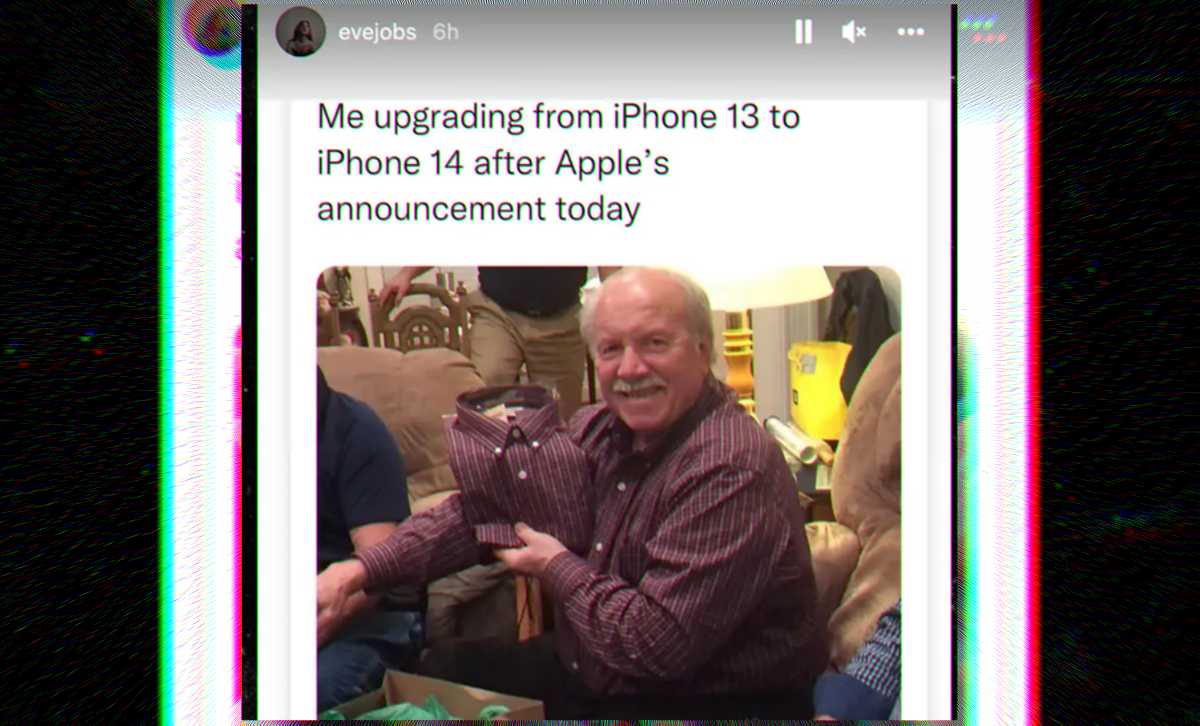 We all know about Steve Jobs, but some of you don’t know about her daughter, Eve Jobs, who is an equestrian and a model.

She turns out after sharing her thoughts on the newly launched iPhone 14 via sharing a meme on it. While this shared meme really makes sense and perfectly sets the situation.

As you can see, this meme above, which reads, “Me upgrading from iPhone 13 to iPhone 14 after Apple’s announcement today.”

From the beginning of this year, we have been discussing leaks and reports that have suggested that iPhone 14’s nonpro models will not be getting many new changes or upgrades.

And yesterday’s event proved that. While this event’s highlight was the new notch design and the Dynamic Island feature of iPhone 14 Pro models.

iPhone 14 comes with the last year’s A15 bionic chip, but Apple said they had improved it by 18%. Still, Apple mentioned that A13 is competing with the smartphone’s fastest chip, which means the A15 is still very ahead.

With all that iPhone 14 has the same wide notch as the last five year’s iPhones are getting, and it also comes with the same 12MP main camera.

Not only Steve Jobs’ daughter Eve Jobs but many other people, including me, think that switching from iPhone 13 to iPhone 14 is pointless if you see the above changes.

You can also check out the complete details of the iPhone 14 series, all models, including their features, changes, price, and specifications. It also includes details of how Dynamic Island and SOS via Satelite work.

And you can tell us your thoughts on iPhone 14’s being the same as iPhone 13.