The new Surface laptop has shown that the tech giant Microsoft is ready to market and give a fair response to the competition. But, the most disappointing thing about the Surface laptop and Surface Pro is that they are not repairable.

Microsoft’s new Surface has shown that the software giant is ready for the market and to give a fair response to the competition.

These new machines, which are now on the market, have already been dissected and the result was not the most positive. Both the Surface Laptop and the Pro are virtually impossible to repair.

Something that most do not contemplate when purchasing a computer is how simple or complicated the repair will be. With the guarantees we have today, this is not a problem and the company quickly change the device.

But the site iFixit is dedicated to assessing the degree of repair of most of the equipment and gave a near zero score to the new Surface of Microsoft. They are virtually irreparable if they have a problem, which is not a good thing.

The first to be evaluated was the latest Microsoft machine. The Surface Laptop, which uses metal, glass, and fabric, which are the main problems. Not being made to be opened, to access the components it is necessary to cut the cover of the keyboard made in Alcantara. 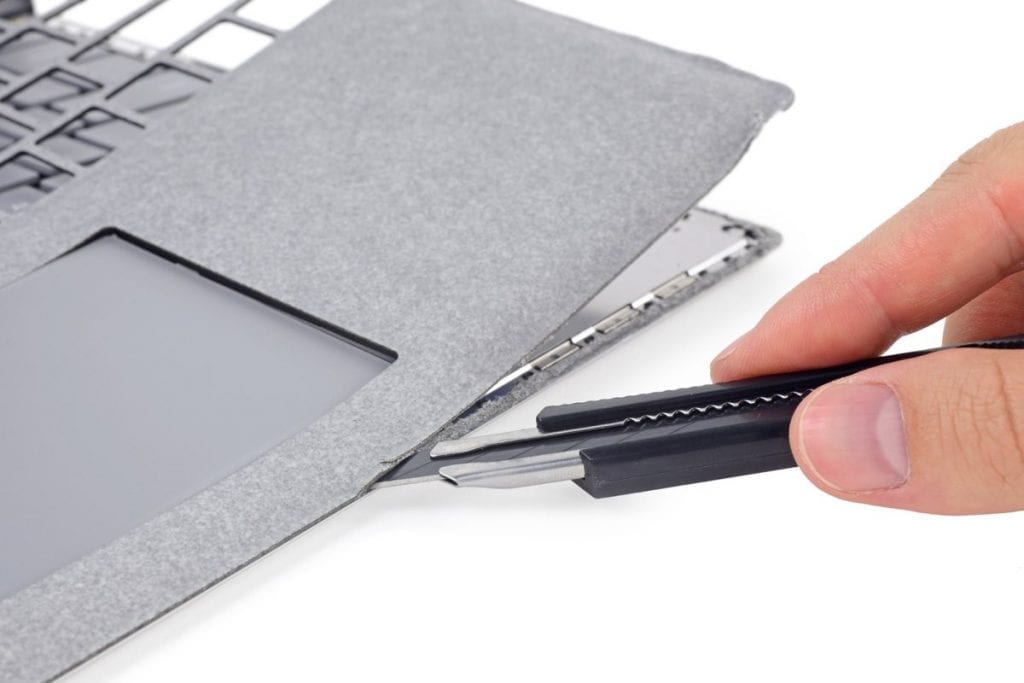 Once inside the Surface Laptop, it can be seen that the processor and RAM are soldered to the motherboard, making repairing and replacing parts impossible. It means that its repair grade is zero.

Regarding Surface Pro, the looks with the previous model are very large. You only need to have the screen removed so that the inside and other components can be accessed. If this process seems simple, the truth is that the number of links used is large and this makes it almost impossible to open.

Another problem with Surface Pro is its slim body, which requires that there is a large amount of glue to hold the elements in place. The basis of the problem is the proprietary glues that Surface Pro has, making it difficult to repair. IFixit has assigned it a repair grade of 1.

This is the reality that the owners of the new Surface will find. However, the devices are undoubtedly Fantastic systems, but the problem is only that they are virtually impossible to repair if they have problems.