Use the LockScreen Tweakbox to completely customize the android lock screen according to your wish with the Xposed installer on your rooted android device.

After rooting your android device, you might keep searching for lots of cool android tweaks and tricks, and you may also read our lots of cool tutorials that you can try in your rooted android.

Most of the tweaks that we had discussed are for customization of your android, and again today, we come up with a cool trick that will allow you to tweak your android lock screen and that too in a very cool way.

And you just need a cool customization tool. So have a look at the complete method discussed below to proceed.

The method is quite simple and needs a rooted android device that will allow the Xposed installer to run on the device.

After having the Xposed installer, you will be using an Xposed module app to Show the CPU work frequency or, say, clock speed in the Android Status bar. For this, follow the guide below.

2. After rooting your android device, you have to install the Xposed installer on your android, and that’s quite a lengthy process; for that, you can proceed with our Guide to Install Xposed Installer On Android.

3. Now, you need to download and install the cool Xposed module LockScreen Tweakbox. The module will let you do lots of customization with your android lock screen.

4. Now, after installing the app on your device, you need to enable this in the Xposed module, and for that, just tick on the app in the Xposed installer.

5. Now, simply reboot your device to make this Xposed module work properly in your device.

6. Now, after reboot, you just need to open this app and then simply enable the options you see there, and that will be reflected on the lock screen, and that’s too according to your wish. 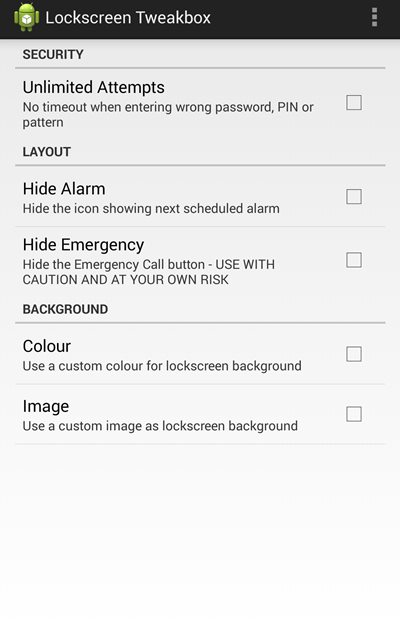 7. That’s it, you are done, now you have a fully customized lock screen in your android.

Use this method, and you can easily unlock lots of cool things for your android lock screen to customize it according to your wish. So try this out today.

I hope you like this, keep on sharing with others too. Leave a comment below if you have any related queries with this.