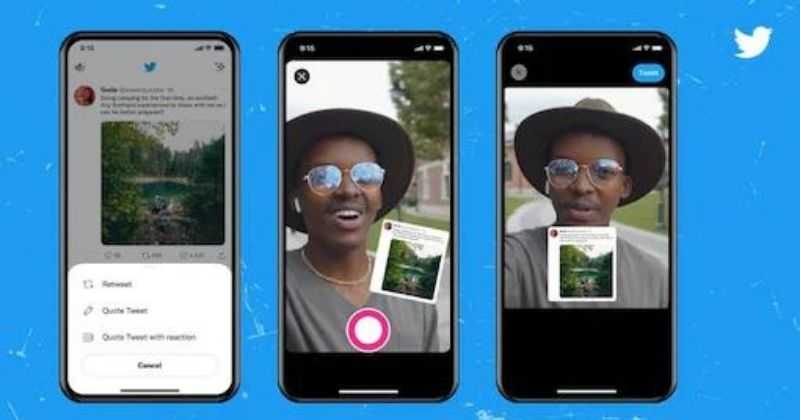 Twitter has added a new feature that allows users to respond to tweets with videos or photos. The feature is called “quote tweet with the reaction”.

This new feature allows the users to embed a tweet with their photos or videos. However, the feature is being tested on the iOS version and is out to a few beta testers.

You might be familiar with this feature, as it is available on a short-video platform TikTok. The microblogging site announced the new feature by posting a Tweet.

How to Retweet with Photos Or Videos on Twitter?

If you are a beta tester, then you can access this feature by clicking on the Retweet button; it will show a “Quote tweet with reaction” button.

Testing on iOS: when you tap the Retweet icon, choose “Quote Tweet with reaction” to create and customize your very own Tweet Take –– a reaction video (or photo) with the Tweet embedded. pic.twitter.com/1E30F8rKYh

You can check out the video added in the tweet as they have demonstrated the feature that shows how the reactions feature works.

As the feature is in testing for iOS users only, it is not known when the feature will be available to Android users. Currently, you can reply to tweets with text.

A spokesperson told, that “currently there is no way to turn off the feature, as it inherits the standard quote tweet behavior. Apart from this, Twitter is also working on a new design that will let you write tweets from the main timeline view.