We have seen a majority of Torrent sites going down. Well, web pirates now have something to look forward because the man who created BitTorrent has just announced something awesome. The uTorrent client will some make a shift to internet browsers. Yes, according to the latest reports, BitTorrent just launched the new uTorrent Web that lets you download and play files in your browser.

uTorrent Web – Download And Play Files In Your Browser

Well, if we look around online piracy has really faced some major setbacks previous year. We have seen a majority of Torrent sites going down. Well, web pirates now have something to look forward because the man who created BitTorrent has just announced something awesome!

BitTorrent creator, Bram Cohen has just announced that uTorrent client will some make a shift to internet browsers. Right now uTorrent is the world’s most popular torrent client which have more than 150 million users spread across the world.

If we look around BitTorrent already have a browser project which is called Maelstrom. However, most of the features of Maelstrom are now being blended into new uTorrent release. The only difference is users won’t need to install any different web browser.

uTorrent is known to all and is probably the most widely used torrent client on the Internet as we told. This software has known updates and improvements over the years, to become closer to what users need.

The truth is that its update has now been so great that for many it will no longer be useful. The reason is simple, uTorrent Web has arrived and everything can now be done directly in the browser.

uTorrent Web is not new for those who follow the work of BitTorrent. For some time the company had been giving precise indications that it would be working on a client that would be used in the browser, thus not using uTorrent itself.

So, after several months of development, uTorrent Web has arrived and may already be used by (almost) all who seek to download torrents. The “all” is associated with its availability only for Windows, although for the main browsers. 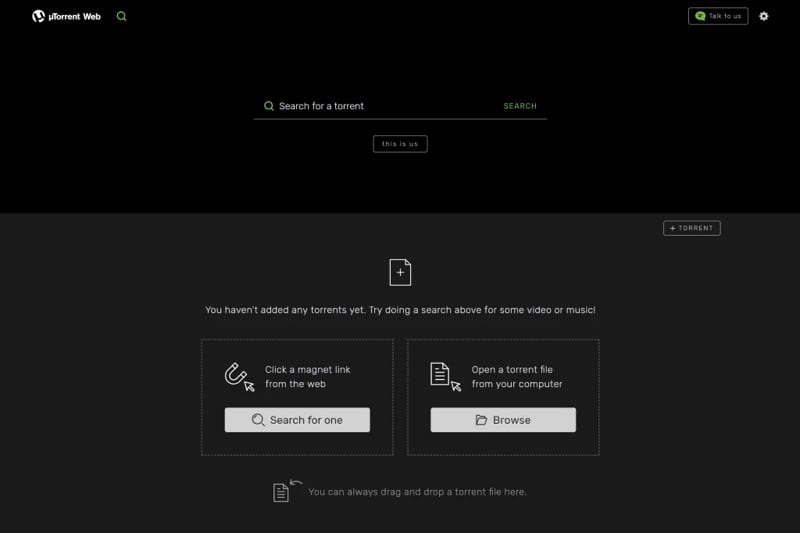 uTorrent Web has all the features of the desktop version, which has been renamed to uTorrent Classic, allowing you to choose the language, recording folder and even audio and video playback before they are finished downloading.

The only imposition is that a small executable is downloaded, and therefore the limitation to Windows, which will try to associate the files. From then on everything will be dealt with in the browser, with tabs being opened for each new action.

To use this version, you only need to access this site and follow the instructions presented. The process is simple and fast, as you will be downloading files in this new uTorrent client.

If you are a user of uTorrent then it is time to test this new version, which only needs a browser to do all the work that in recent years needed an application.