We all know very well that well-known security company VirusTotal allows the user to send files so that anti-malware tools can scan those files and help the user simply to fight against viruses and others. Now the company has launched a new product aimed at the Android segment. Yes, it has just launched its new Android sandbox simply to detect malicious apps.

The well-known VirusTotal, as is known, allows the user to send files so that anti-malware tools can scan those files and help the user simply to fight against viruses and others. Now the company has launched a new product aimed at the Android segment.

For those who know and use this service, the results and action of VirusTotal are not even discarded, so much that the tech giant Google itself adopted it in 2012. Now, several years after its appearance, the service wants to re-innovate and launches a New product: Droidy.

But, what is the Droidy?

Droidy is a simulated Android environment designed to analyze the behavior of Android applications and generate reports for users and security researchers.

In short, the setting characterizes the actions that Android APKs perform when they are installed and opened on devices. 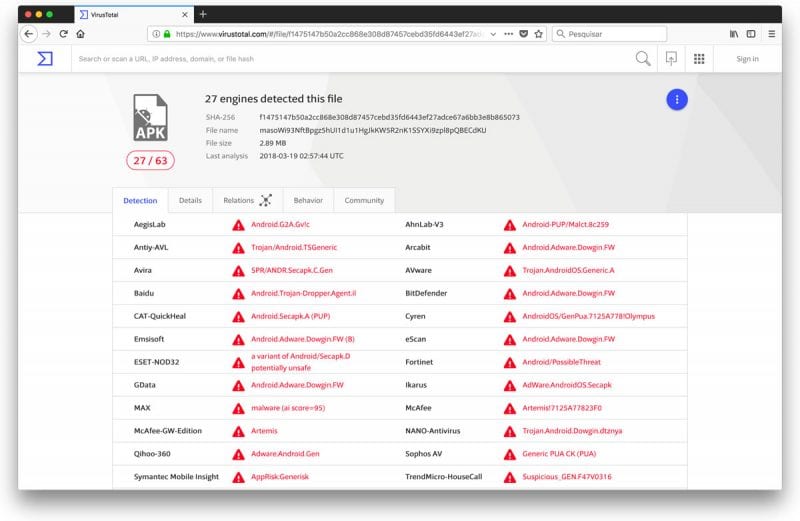 In turn, VirusTotal claims that Droidy is an improvement over its original Android sandbox solution, which the company deployed for the first time in 2013. With Droidy, VirusTotal wants to provide more detailed insights and more accurately recognize various things, such as file system interactions, services, permissions, and more.

If you want to have a proactive action on security issues and are interested in the exact procedures, you will find a description here about the new tool.

The fight against malware seems to have received new prevention front, it is never too much to know these services that in no way invade the security of your machine.