In Netflix, content availability is different for each country. For example, if you live in India, then you will not be able to see the contents of Spain, Africa, etc. Similarly, if you are a resident of the USA, you can only watch videos that are available for the USA. So, here we have shared a trick that will help you to watch Netflix from other countries.

How To Watch Netflix From Other Countries?

If we look around, we will find that the Android smartphone nowadays comes with a better and more prominent display. Playing games and watching movies are the two things that we enjoy most on these smartphones. Nowadays, users love to stream videos rather than downloading them, and video streaming is indeed a more fabulous way to experience movies.

However, when it comes to video streaming, there is very little choice available. In fact, you will only find Premium video streaming apps on the Google Play Store like Netflix, Amazon Prime, etc. However, out of all those streaming services, NetFlix is the most popular one, and users can watch endless hours of videos on it.

But, Netflix is a paid service, so users need to pay according to their plan. Talking about the video content, Netflix maintains a huge video database from where you can watch movies, series, and TV shows. Netflix is right now available in over 119 countries, and the pricing is different in each region.

In fact, content availability is different for each country. For example, if you live in India, then you will not be able to see the contents of Spain, Africa, etc. Similarly, if you are a resident of the USA, you can only watch videos that are available for the USA.

It’s worth noting that Android is based on Linux and its open-source by nature. Due to its open-source nature, users can customize every corner of Android. Similarly, we can expand the features of our Android device. So, if you are holding an Android device, then you can watch NetFlix from other countries easily.

Which VPN To Use?

Well, there are plenty of VPN services available on the Google Play Store which you can use to watch Netflix from other countries. To make things easier, we are going to list down three best free netflix region changer which you can use on your Android smartphone.

Turbo VPN is one of the best and most awesome VPN apps which you can use on your Android device. The best thing about Turbo VPN is that its 100% free and it doesn’t put any restriction on using their services. Not just that, but Turbo VPN is also one of the fastest VPN app available on the Google Play Store.

Hola Free VPN Proxy is another best and free VPN for Netflix which you can have on your Android smartphone. Hola is the only VPN that gives you simple access to your favorite content. Not just that, Hola Free VPN Proxy also allows users to enable VPN connection through app basis. So, it’s another best Netflix VPN app which you can use to watch Netflix from other countries

If you are looking for a free and unlimited VPN app for your Android smartphone, then Betternet might be the best pick for you. Guess what? Betternet is one of the top-rated Android VPN app available on the Google Play Store and it encrypts your internet traffic. Another interesting feature of Betternet is its incognito browsing. Betternet VPN for Android can unblock almost all major sites and services like NetFlix, Amazon Prime, Hulu, Spotify, etc.

How to Enable Spam Protection in Messages on Android 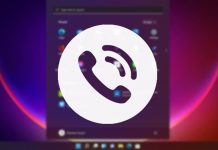 How to Make and Receive Android Phone Calls from Windows 11

How to Use Twitter’s Closed Caption Toggle on Android

How to Set Up Custom Text Shortcuts on Gboard for Android

How to Type Text Upside Down On WhatsApp 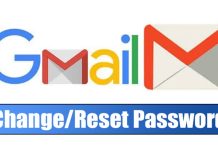