Whatsapp is rolling out a new calling interface for Android users. The instant messaging app is working on the voice call interface since December 2021.

However, the redesigned voice call interface is now available for selected Android beta testers. Whatsapp has designed the interface for both iOS and Android apps, but now it’s only available for one.

According to the reports, the Whatsapp Android beta version 2.22.5.4 has received the update. A few users are also able to see the change in beta 2.22.5.3. 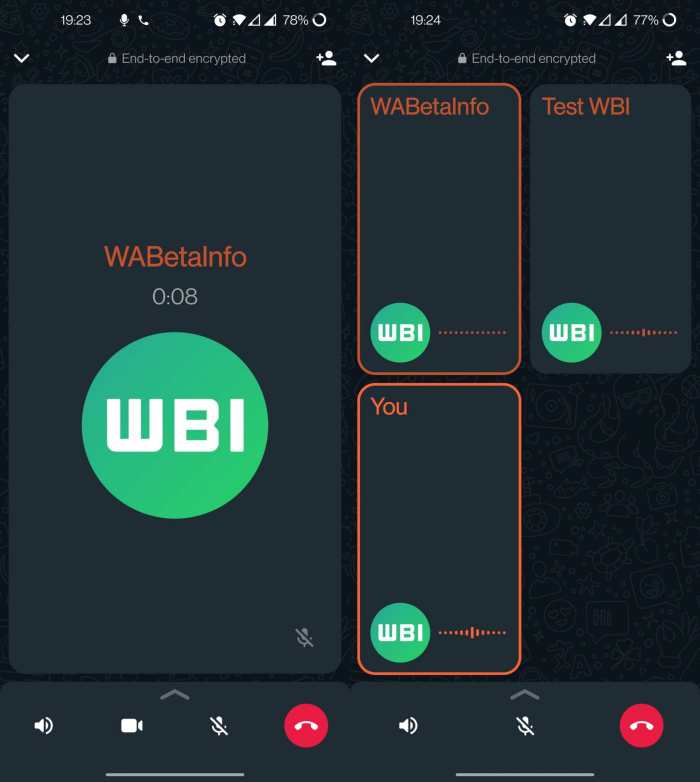 Currently, the new interface for the iOS beta app is not spotted, but the feature will soon be rolled out for Whatsapp iOS too.

Whatsapp will bring an entirely new design for group calls and a revamped caller interface for individual calls. WabetaInfo has shared a screenshot that shows the changes. When a group voice call is made, it brings voice waveforms for all the participants.

The voice calls improved interface is enabled in the beta version; also, one can use wallpaper for voice calls in the same update. However, the customization option is not yet available.

According to the reports on WaBetaInfo, the compatible update is Android beta 2.22.5.4, but some users might use the same feature on 2.22.5.3.

The new experience is not yet available for all users; it is said that the feature will be out soon for everyone.

If you want to check the new feature, first, you will need to have a Google Play Beta program to get access to Whatsapp Beta. Also, you can download the beta app APK. However, it is recommended not to download the beta version on a primary device, always use a secondary device for beta testing.