According to the latest reports, the well-known WhatsApp Plus is not going to give us any kind of additional functionality within the instant messaging client. No, instead, the only thing it will do is simply take personal information from our mobile device and also leave ‘its brand’, in the form of malware.

WhatsApp Plus: It’s A Fake Malicious App, Don’t Download It!

You have to be very careful with third-party applications, especially in the case of instant messaging services, social networks, and others. With the premise of giving us extra features, some collect information from our mobile devices or infect them with malware.

This is the case of WhatsApp Plus, which someday existed as a really useful app, and is now in the Google Play Store and the App Store for Android and iOS respectively. But now it’s just a hoax.

This new application WhatsApp Plus is not going to give us any kind of additional functionality within the instant messaging client. No, instead, the only thing it will do is take personal information from our mobile device and also leave ‘its brand’, in the form of malware.

Researchers at Malwarebytes have discovered it, and explain that the application displays a golden logo based on the WhatsApp logo – as was the case with the ‘WhatsApp gold version’. In addition to this logo, a URL is displayed, and a permission ‘box’ of permission to redirect to a download. 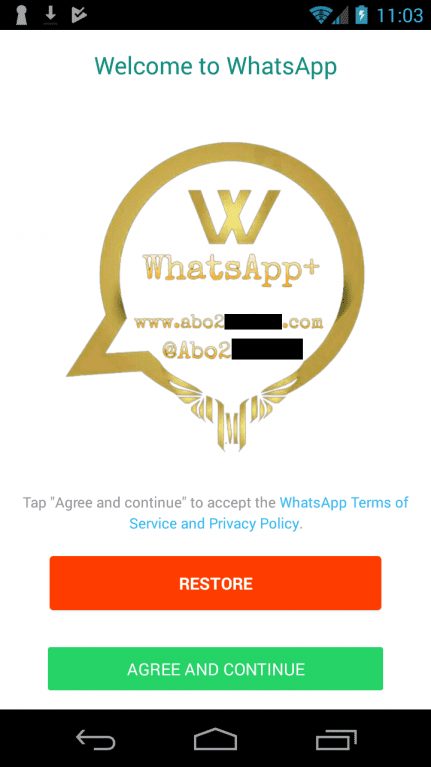 WhatsApp Plus does not contribute anything, it is a fake version that installs malware and steals your personal data This app, WhatsApp Plus promise to give you the ability to use four WhatsApp accounts on the same mobile device, hide the notification of ‘writing…’, eliminate double ticks and the blue tick that confirms the reading of a message, and so on.

But the only thing it will do on our mobile device, after what has been described above, is to show us a text written in Arabic. This text comes after having granted those permissions, and it simply means that the malware is already on our device, so we have already gotten ourselves into the problem.

These types of problems are avoided by installing only official applications of the services we use, both instant messaging and social networks and others. WhatsApp has for years been opposed to alternative clients, such as Facebook with Instagram, precisely because of the same. Although they maintain an active fight against these apps, from time to time they ‘slip’ into the Google Play Store and the App Store.