Whatsapp is working on multiple features that might come this year. One of the latest features that came out is the “Group Polls” Feature. This will help participants to share their views easily in a group.

Earlier, the meta-owned messaging app tested the ability to conduct polls on iOS beta version v2.22.6.70. Now, the latest version of the iOS beta Whatsapp shows the preview of the group polls features.

Whatsapp is planning to add group polls feature in the future update of the app. It is yet not been released to beta testers. 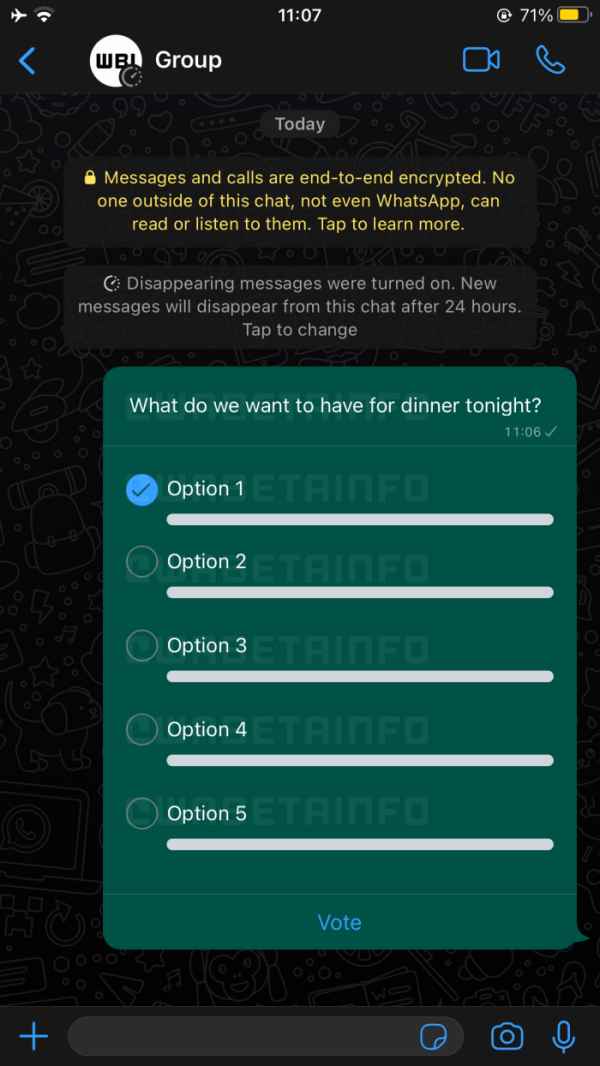 The company has not yet announced when it the feature will be live for users. Group Polls preview feature is spotted in the latest iOS beta version 22.9.0.70 update.

A screenshot of the Group Polls feature is shared by WABetaInfo, which shows the interface of the upcoming feature. The picture shows a poll appearing as a message in the group chat. The Poll will have multiple options for the group participants to select from. At the end of the message, there is a “Vote” button that will allow users to cast their vote.

Moreover, the reports say all the options in a poll and users’ answers will be end-to-end encrypted. So, no one will be able to check users’ responses, not even a group member nor Whatsapp.

The Whatsapp group Polls feature still under development, so in some time, it will be made available to beta users and then will roll out for everyone.

Apart from this, Whatsapp is also working on a new feature that lets users change the language of their choice. The feature is called “App Language” it is available globally for Android beta version 2.22.9.13.

The new App Language option will be seen in Setting Menu. There will be different languages available, including Afrikaans, Urdu and Azerbaycan, and more.