Whatsapp to bring a new feature with the update that will show a profile picture in the notifications when a new message arrives.

According to WABetaInfo, the instant messaging app is set to bring a new feature first for iOS beta testers of Whatsapp version 2.22.1.1 running iOS 15.

Whatsapp has brought a first feature of the year 2022. The new feature of the app is in testing for the beta version of iOS. With this update, the users can see a profile photo of the user in the notification bar when they receive a message. 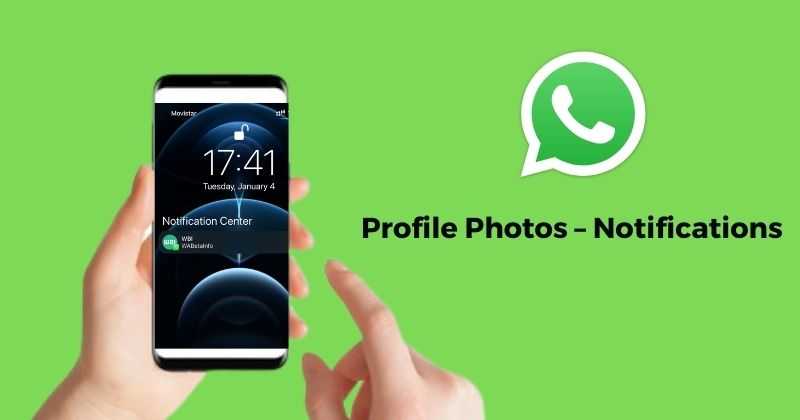 The new feature is spotted by WABetaInfo; according to them, the feature is now available for a few Whatsapp beta users on iOS. With the functionality, some of the issues are expected as the feature is in public beta and not the final version.

With this new feature of Whatsapp showing profile photos in notifications, the app is following other apps like Twitter that already have this feature. Whenever you receive a new message on Whatsapp, the name of the contact will be seen with their profile picture.

Last year, Whatsapp has tested a lot of new features that will arrive this year. Whatsapp is adding a new Community function, where group admins will have more control over groups. On the other side, Whatsapp is filtering businesses nearby, revamped Contact info page, and readying editing recipients.

This new feature will not be rolling out immediately to all beta testers, as the rollout will be gradual type. Adding a profile photo in the notifications will give a clue to the users on who’s messaging them without opening or reading the contact’s name.

Do remember, the new feature is now available only for iOS 15 beta testers. Apart from this, the messaging app is also bringing a new section called “Businesses Nearby.”